Review of January's past

So, the country is now in a full lockdown again, due to the Coronavirus pandemic.  If you are reading this in 2021, then you may think 'duh, obvious', but I hope in years to come people will look back and say 'oh yes, I remember that!'

So, this limits us again; a further limit is imposed by the weather, snowy over the border in Wales and just icy here.  Freezing fog in fact.  The following photos (shared via facebook) look more like a weather forecast than a usual ladies ride. 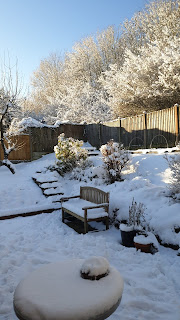 Some people are enjoying snowy walks and activities...

...But too icy for two wheels. 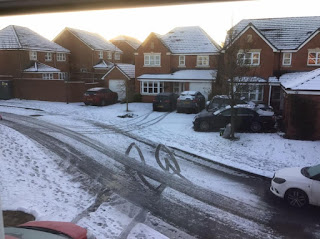 Manley mere was frozen (so no swimming alternative!) 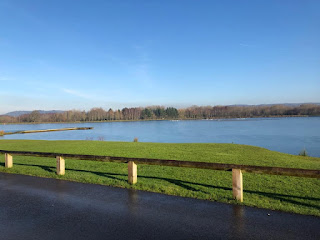 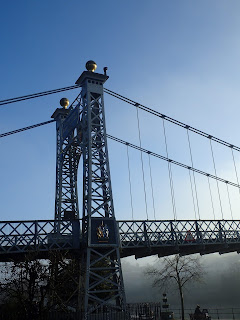 Review of the first 7 January's: 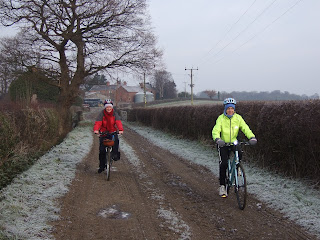 10th Jan 2009 - three of us set out in a hard frost; ice on puddles but it was dry and crisp.  Cafe was in Broughton, at the Costa in the retail park.  A very busy place, so we have not returned. 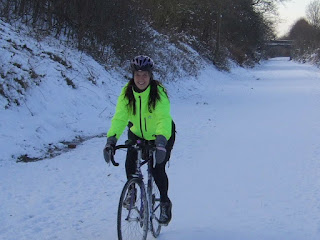 9th Jan 2010 - we had had snow a few days earlier, and although some had
melted on the roads there was some thick ice I encountered.  Needless to say no-one turned up; I had a nice coffee and bacon buttie at the cafe I think and had a go down the greenway.  I forget how I got this photo! 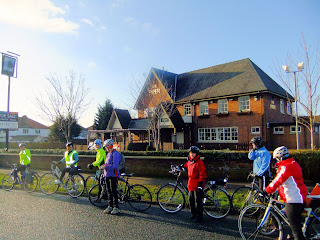 9th Jan 2011 - snow the day before, but you never can tell; a good turn out, our best January turn out so far with 12 riders.  We went to Tarvin Sands when it was still the Elvis cafe. 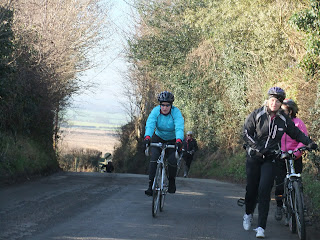 14 riders on the 14th Jan 2012, another blue sky sunshiney day where we headed to Tarporley Chocolate shop, and filled it! 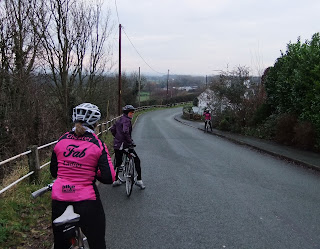 12th Jan 2013 and I note we are now restricting groups to the eight plus up to two leaders; we have also instigated the Further Faster group - which I led!  I do not recall the route, but it involved Borras Head and down to Bellis's in Holt.

Not icy or snowy, but night blue skies and sunny either - but a new record of 23 ladies out. 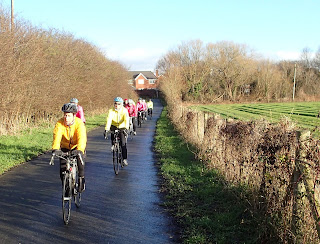 11th Jan 2014, and we sent four groups with a total of nearly 30 riders; no wonder we did not fit in the cafe (although this was also as we met the Wrexham Reivers who had not booked) Some of us had to return to Kingsway cafe as our end point.  Back to having blue skies though! 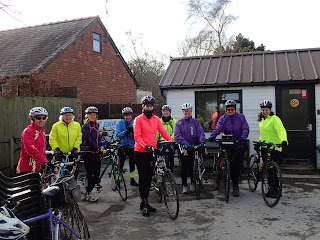 !0th Jan 2015, very windy indeed.  12 riders after cancelling the Dec ride.  We went to the Eureka cafe, specifically chosen that morning so the wind would blow us back home (which it did!)