It came to my attention recently that following the opening of a new cycle route (actually I am sure it is a shared route!) across Burton Marshes, a new cafe had promptly opened up.

This had to be investigated!

The ride to Net's cafe is entirely off road (apart from the industrial estate but that is quiet at the weekend); so rather than splitting into groups I decided to have a couple of leaders at the front and two at the back to make sure no-one was left behind. 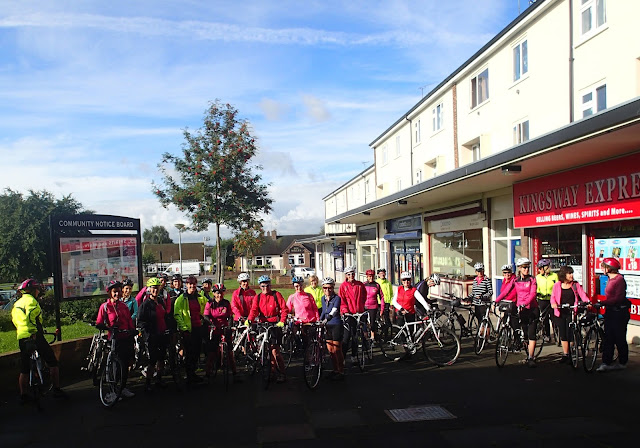 25 ladies met among the usual hubbub in Kingsway cafe - which feels like home now!!!  As we were leaving a few cyclists were arriving - I said it was OK, we were leaving- to which he said 'why is it when we arrive all the ladies leave!!!'.  They were from Southport, had come to Chester by train and were going to cycle back. One of them knows Juliette, the lady who set up and leads the Southport Bicycle Belles.  Small (cycling) world!  Anyway,one of them very kindly took our start up group photo (whilst the other chaps took photos of us with their cameras too!!!) 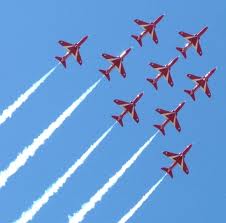 Off we went, although the car that stopped to let us across the zebra crossing had a bit of a shock!  The weather was dry but a little grey, and as we crossed the railway we had a flypast from the red arrows.  I was not quick enough with my camera, so I have used the image I found for last time we saw them on a ladies ride.  They were on their way to Southport Air Show. 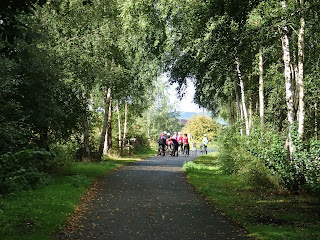 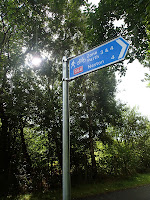 When we got to the turn off we waited to re-group before the slightly more complicated 'zone 3'.  As we waited I was told there had been a puncture; but the lady in question I knew would be able to fix it; and also knew that my back stop ladies would be coming through.

As the waiting group grew, I thought it may be wise to send half on ahead so that orders could be got in and to avoid too long a queue at the counter.  Seconds later it rained - sorry girls!!!

Finally all came through, and we could then continue to the cafe, negotiating the roads and junctions.  The route is very well signposted now, and soon enough we were on the short boardwalk by Burton point, a wonderful sandstone bluff.

Net's cafe is just along from the gates, and has lots of outdoor seating; which was fortunate as it was by now gloriously sunny and warm.  Then it is just down to the serious business of refreshments and conversation - something all the ladies excel at!!!! 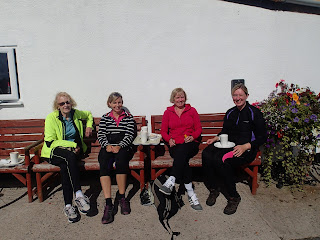 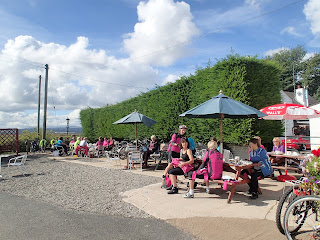 Heading home was the usual 'ten little indians' - or in this case 30 little Indians (4 ladies met us at the cafe and I found another one on the greenway heading home - so technically 30 ladies were out!) as people split off to head home- or for some reason in several cases to go and get their hair cut!  Ah where is the Cycletta village when you need it!!!! 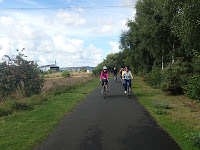 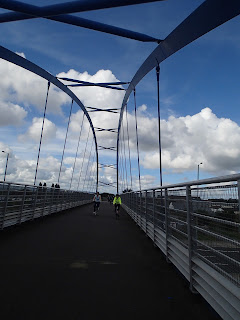