I hunted high and low, I looked everywhere.  I was trying to remember when I last used it - probably the Wednesday evening ride the week before, as I knew I had not had it last Wednesday.  In the end I resigned myself to the fact I could not locate my camera in time for the ladies ride this morning.  Disappointing, but my (new) smartphone does take nice pics,so that will have to do.  (Those who know me at all know how often I pull my camera out before during and after a ride!)

I was expecting a lot of ladies; so it was in a bit of a panic that I arrived in to the cafe - people inside and outside the cafe.  I managed to disperse three sign in sheets, and get myself a coffee.  I didn't, however, take my start photo, so this post has a bit of a boring start.

Linda set off with her mid paced and distance group, whilst I tried to phone the cafe (note to self: I absolutely have to do this a few days before!).  Then we set off, and lastly Welna with the most direct route.

The sky was uniformly grey, there was no rain which is good, but no sun either, although it was not too cold.  We headed out on the Greenway to Mickle Trafford,then widdled round Christleton and Waverton, along the canal and over sneaky Golden Nook Bridge (often catches people out with a steep climb over the canal).  On out to Huxley, then through Tarporley and up to Utkinton.

Finally I could take some photos!!!!  (These have already appeared on the facebook group page) 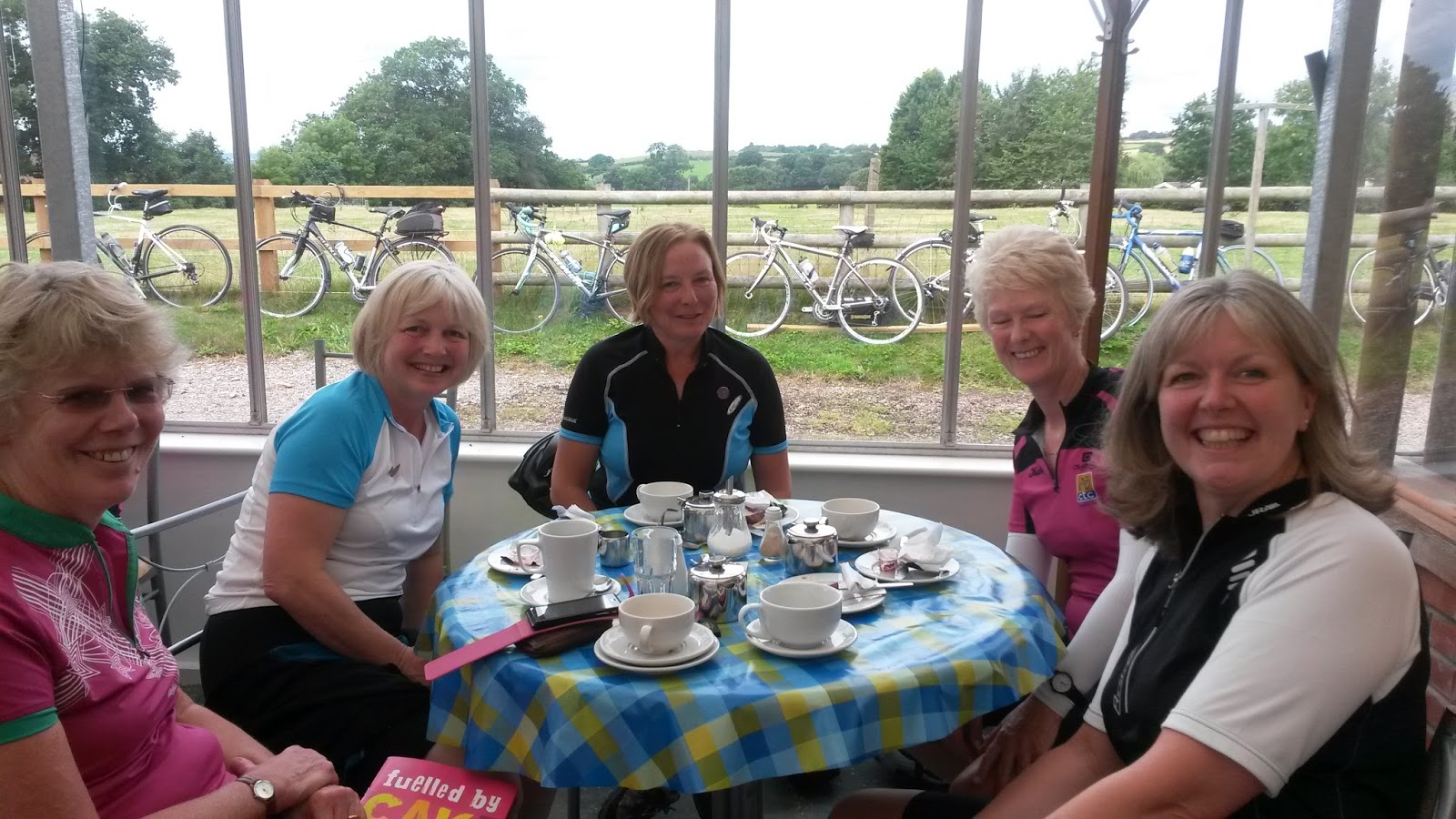 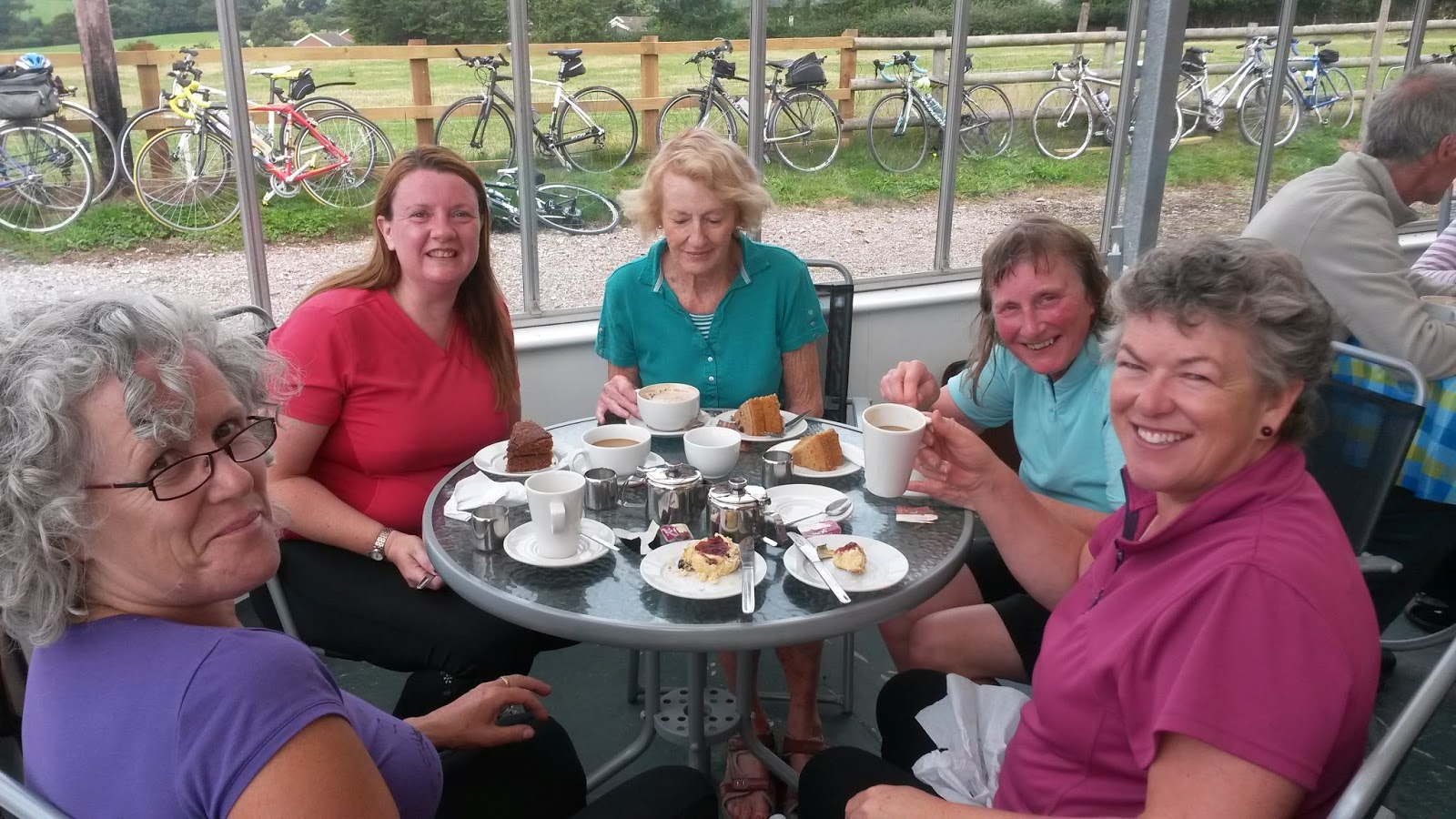 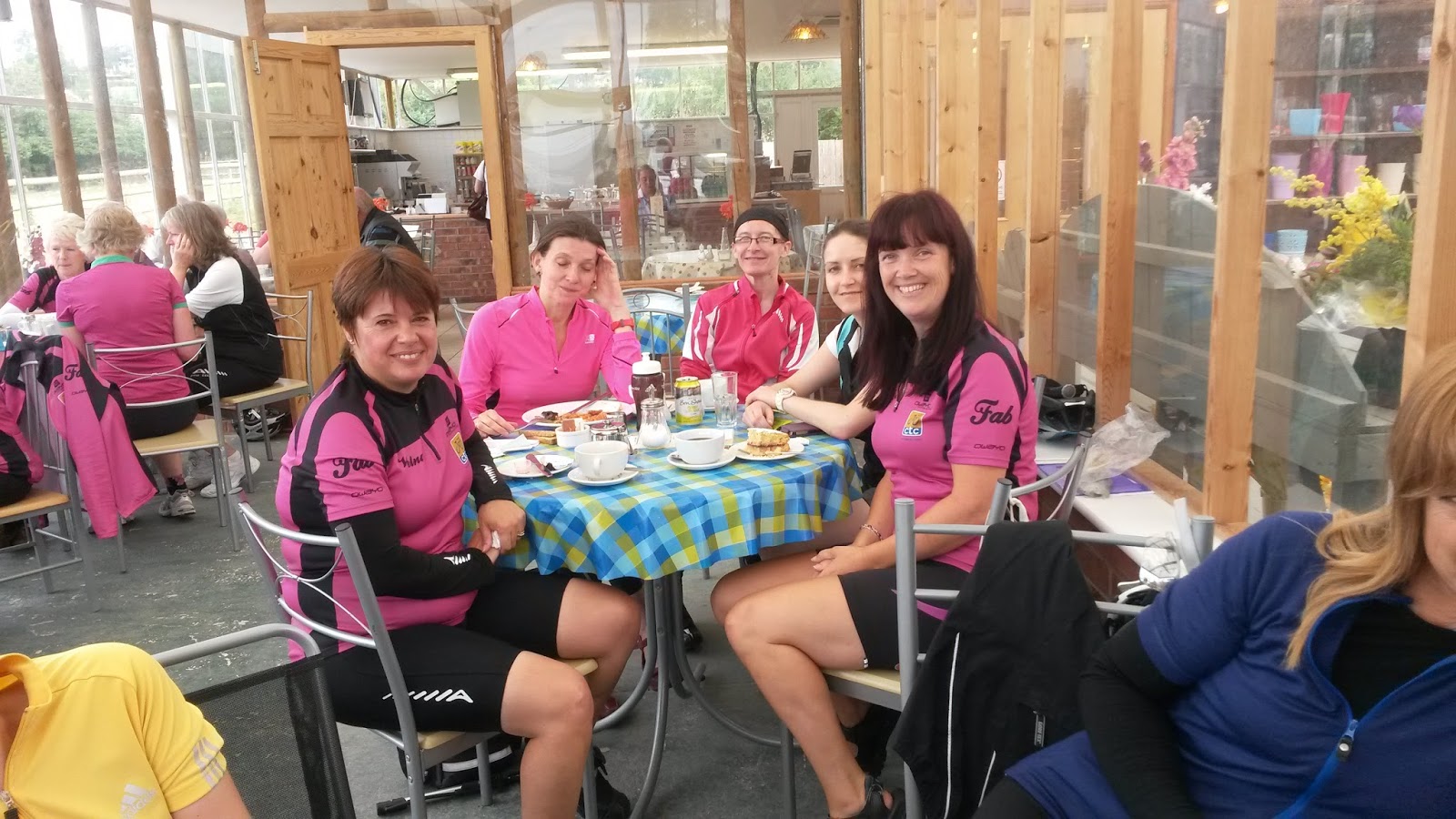 Then we found the donkeys!  Now they have all sorts of animals,not just donkeys.  But they also had baby animals, sooo cute! 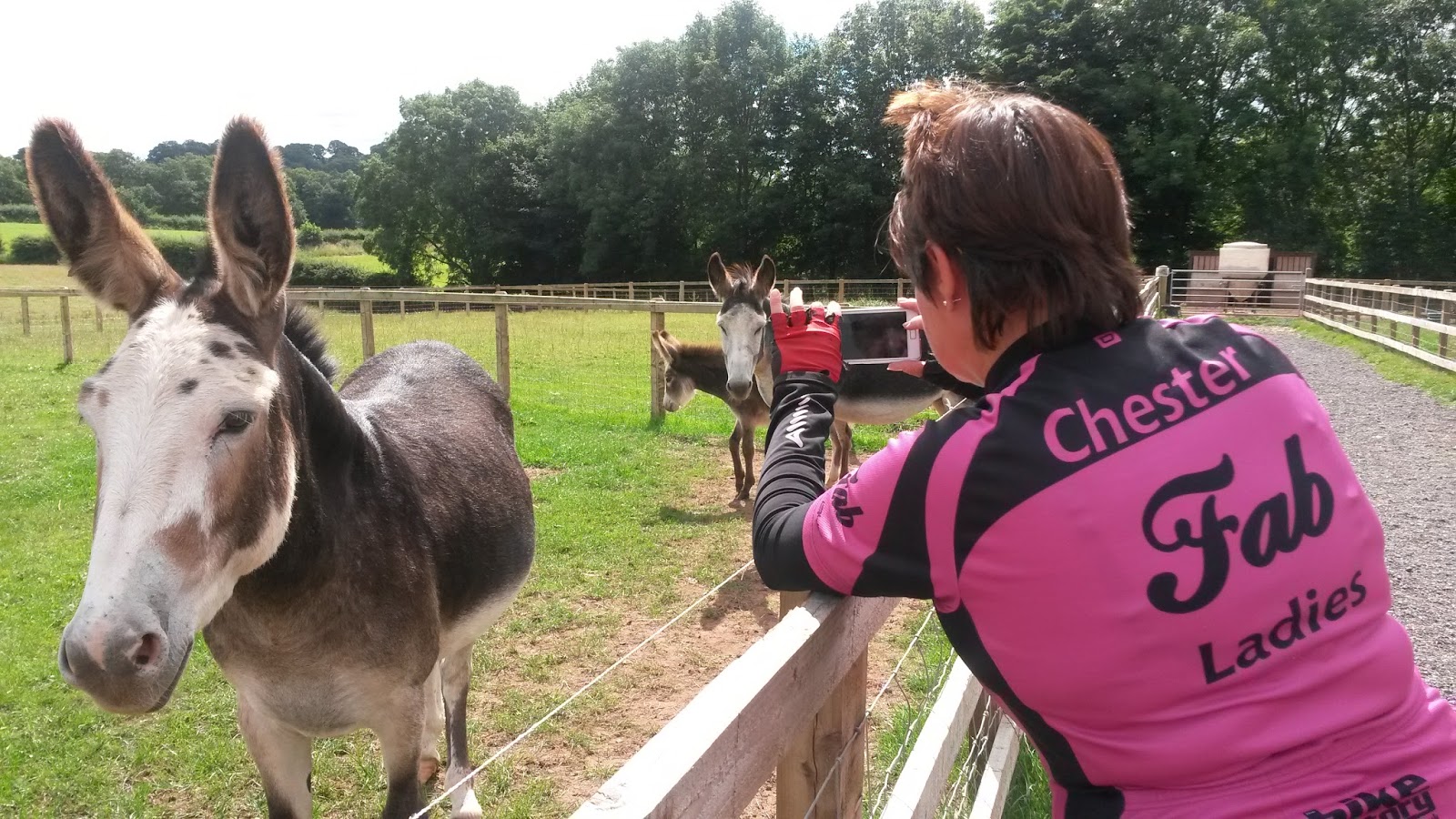 The time came to return - although a small contingent headed to Kelsall to another deli - The Greedy Pig, owned and run by another Fabulous Lady (Raina).  Linda led one group back, and another group assembled to head straight back.  Seven of us followed the road the two miles to our second destination.

As we were sitting, we noted a number of racing Kelloggs tops coming round the corner and heading up Kelsall hill.  Part of the Manchester to Wrexham and back 100 mile fundraising cycle ride - and they continued to pass us for the rest of the ride home.  Which was mostly downhill! 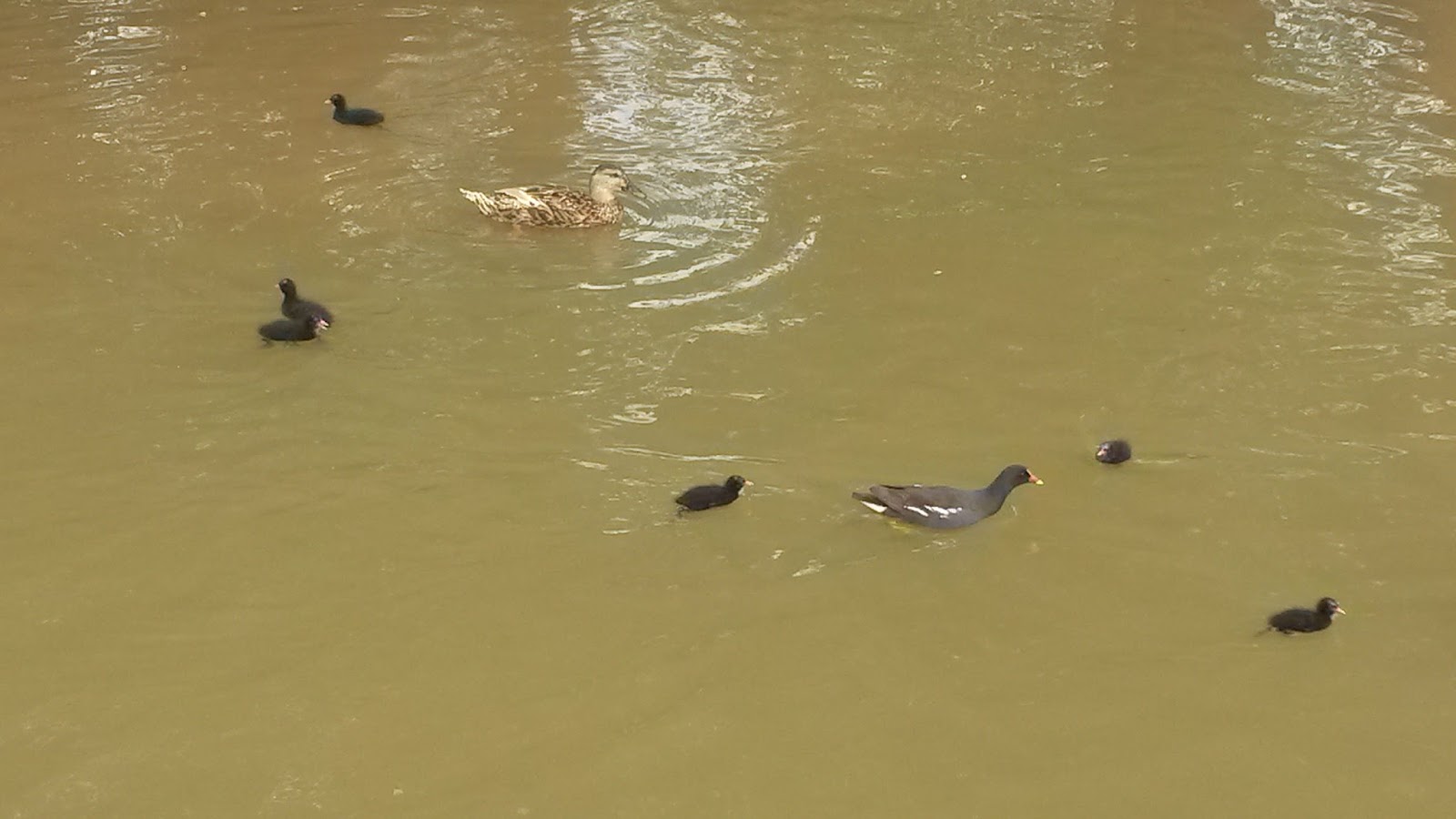 As we headed back the usual parting took place at various junctions, until there were just three of us heading along the canal , where we spied some little black fluffy baby coots!