I genuinely lost count of how many ladies were out today.  Suffice to say we had three pretty full groups, led by Moira, Linda and myself.

And what a scorcher!  It was 21° at 8am, when I dropped my eldest off to Duke of Edinburgh Silver Expedition to Derbyshire.  Sharon’s waterbottle which had started off as frozen, was tepid with a few little bits of ice in by the time we got to Pulford (10 miles!). 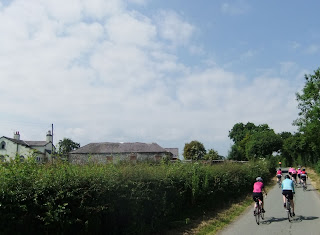 I had heard about (yet another) new café that has opened in Pen-Y-Ffordd.  So Moira led a 12 mile via the Greenway, Blacon, Saltney Ferry and Hawarden; Linda and I led two groups out to Eccleston, Rossett (apologies to the three ladies who live there and had already just cycled in to Chester!), Burton, Golly and Shordley. 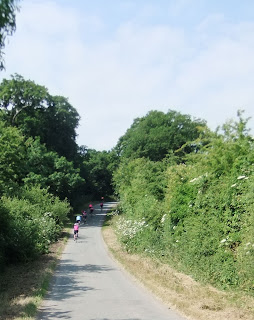 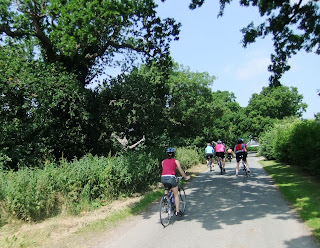 Near to Shordley there is a tree, carved to look like a guitar player (I understand that the guy who lives there is a music teacher/guitar teacher) - I think it looks like Bob Marley... 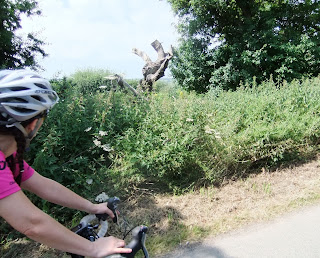 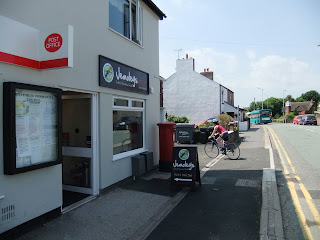 What a super café!  One long queue later, and we were all sat outside (and inside) with cakes a-plenty!  Very friendly café and very helpful! 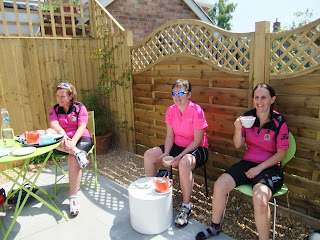 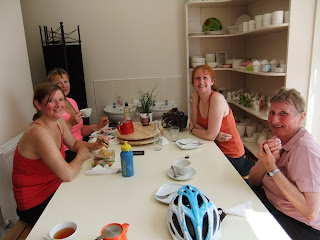 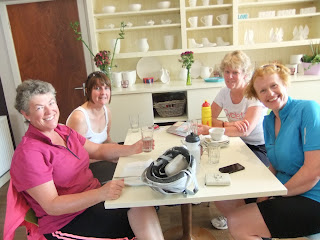 At some point though, we had to make our way back; nice as it was sunning ourselves on the patio.  The café willingly filled our water bottles, and, minus a few people heading directly back home, we returned as two groups, heading first up the hill out of Pen-Y-Ffordd and then two smashing descents with superb views over to Beeston and Peckforton.