When I started the Chester Fabulous Ladies 5 years ago, I had no plans other than to organise a ride each month, for women to join in, to build their confidence in group riding, their own abilities and to show them some lovely safe quiet lanes and routes.  After a year we were finding many cafes, and I was pleased I had not even repeated a route - not even backwards!

We had a weekend away to Bridges YH in Shropshire, numbers were steady but small, new cafes continued.  A few more years and some of us had fab ladies tops, and before I knew it, it was five years since the first short ride back to Kingsway cafe in June 2008.

To mark the event we had five rides planned by our leaders, culminating in a picnic lunch at The Cheshire Cat in Christleton. 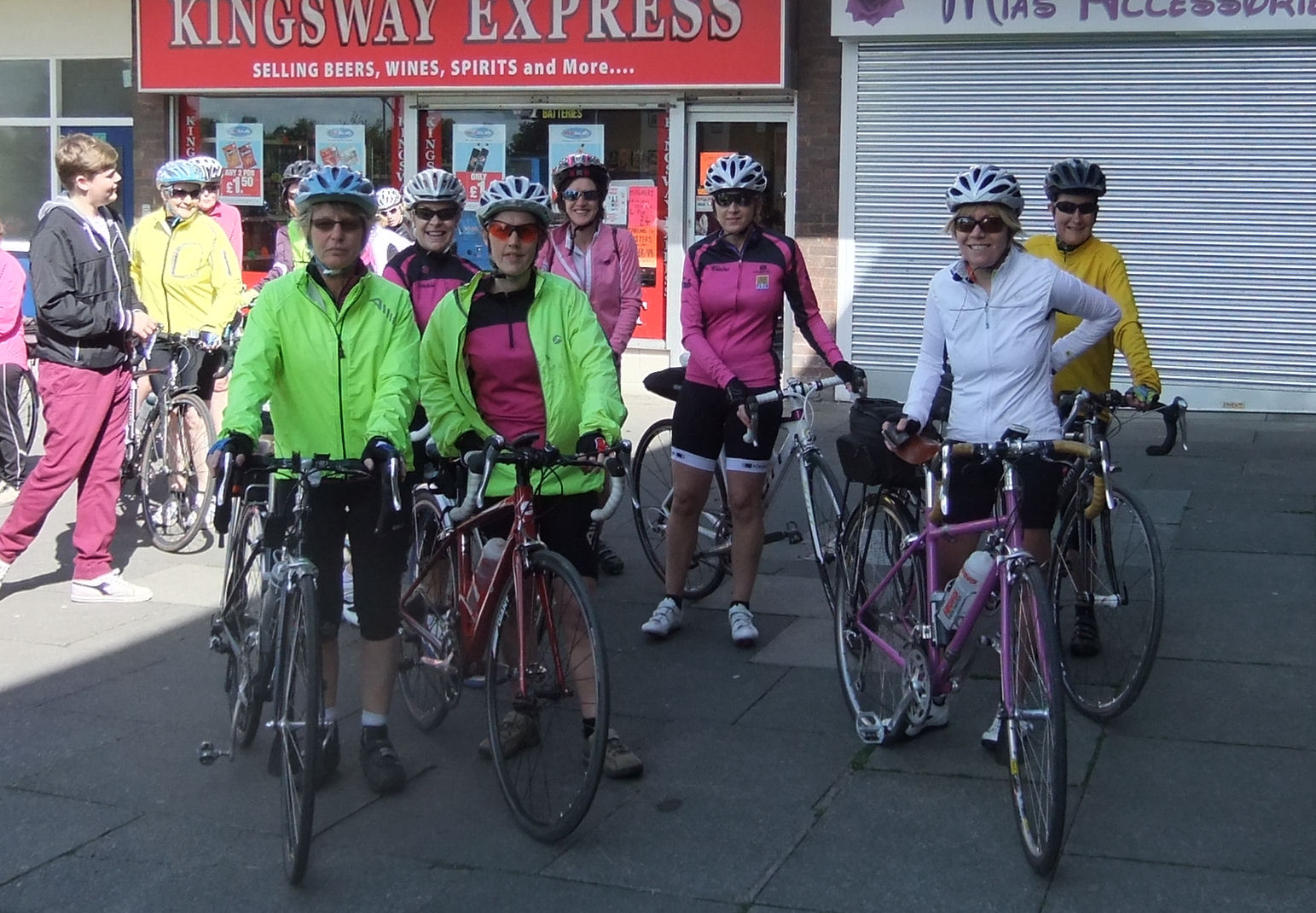 First off...Jo-anne led the first 6 on her longer route. 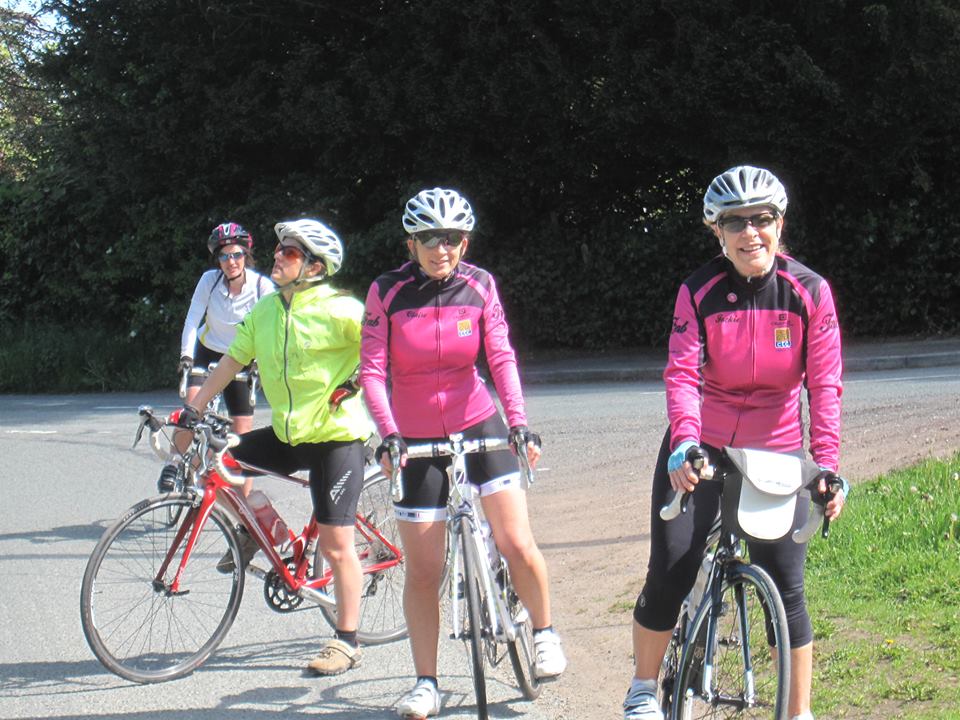 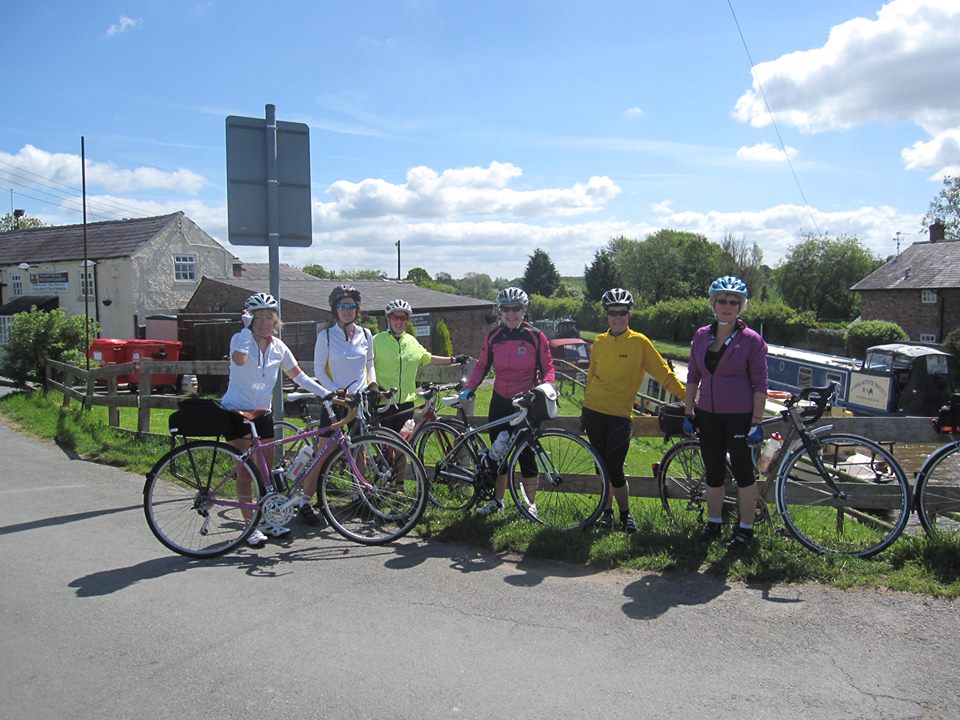 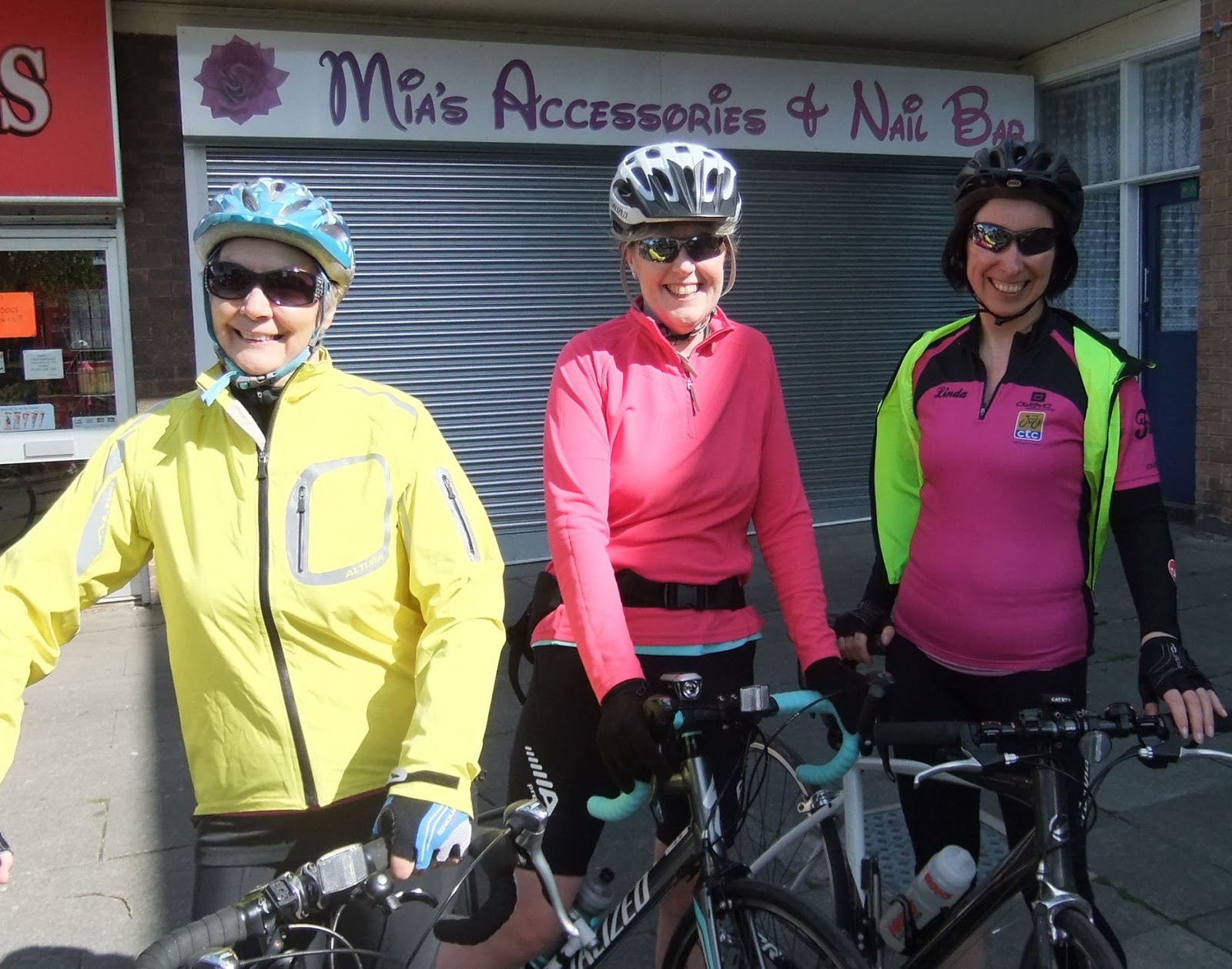 Second group for the off, led by Linda...


...a small select group, and here they are about to join the canal at Waverton to come back to the Cheshire Cat. 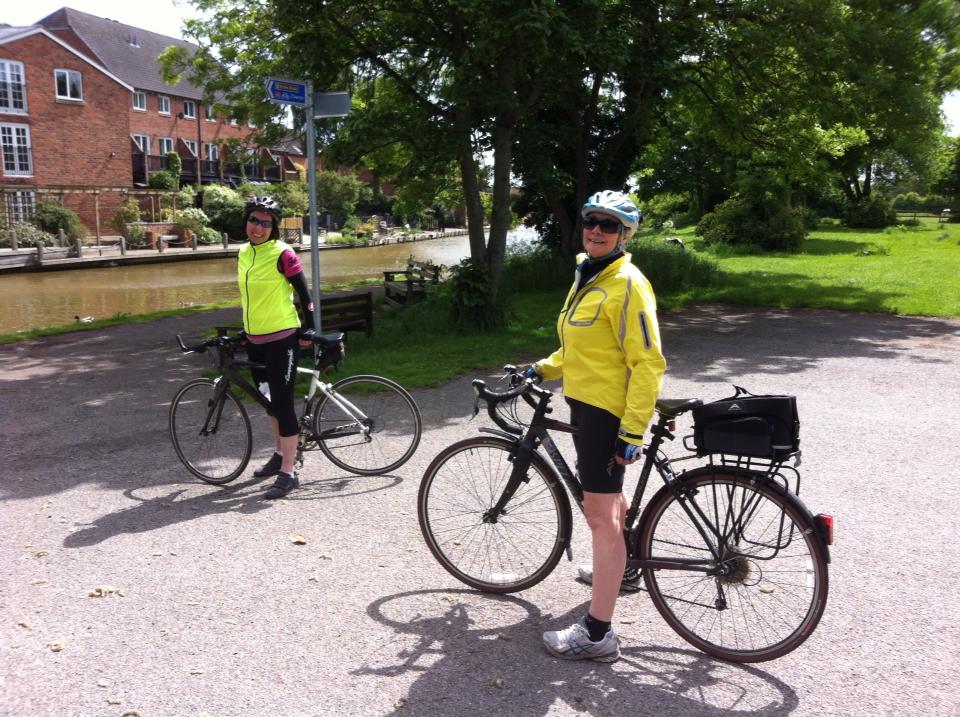 The third group was led by Jane, and here they are about to set off... 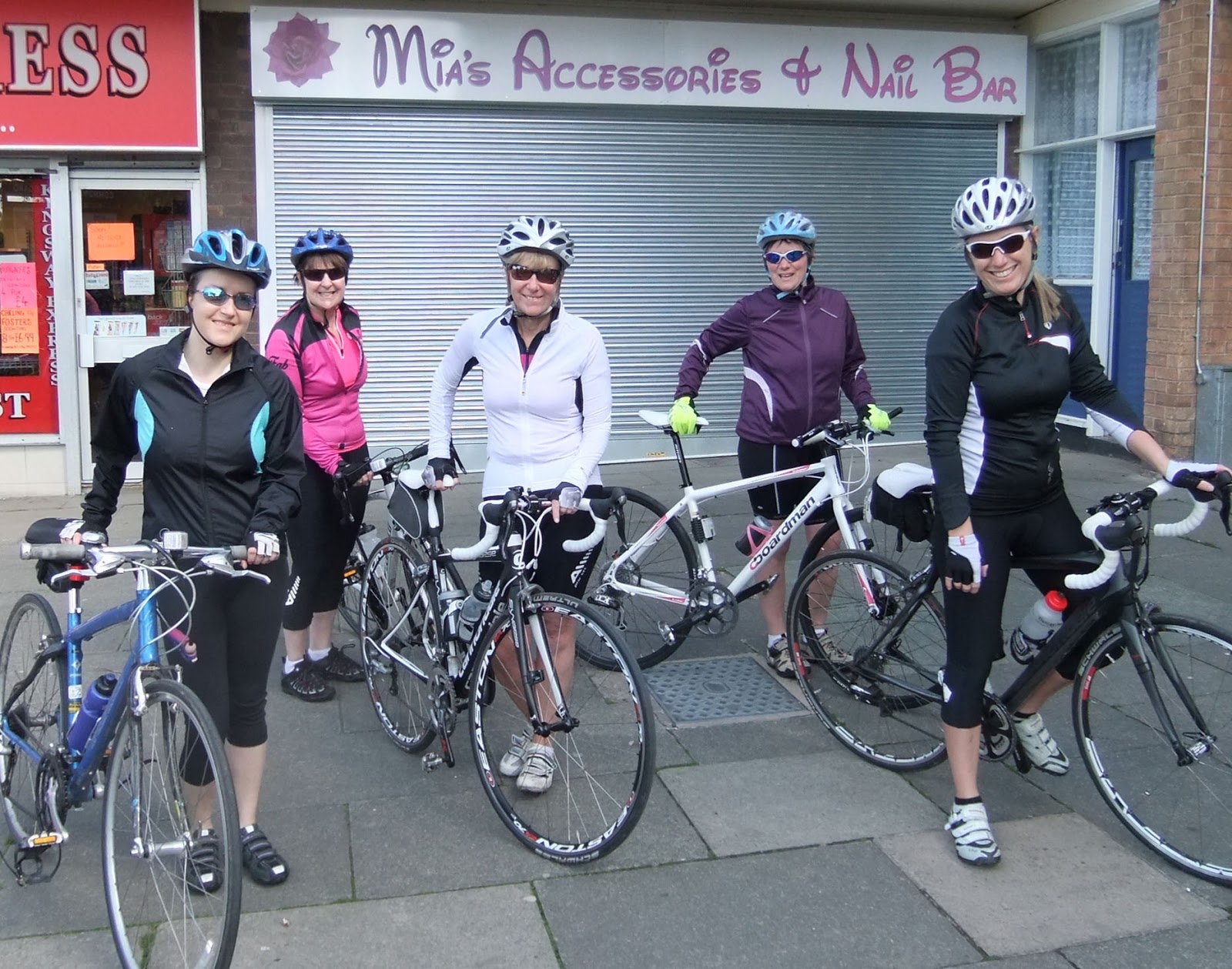 Welna led the fourth group out, which I joined (more below)... and last - but not least - Moira and Kate took a leisurely short relaxed ride. 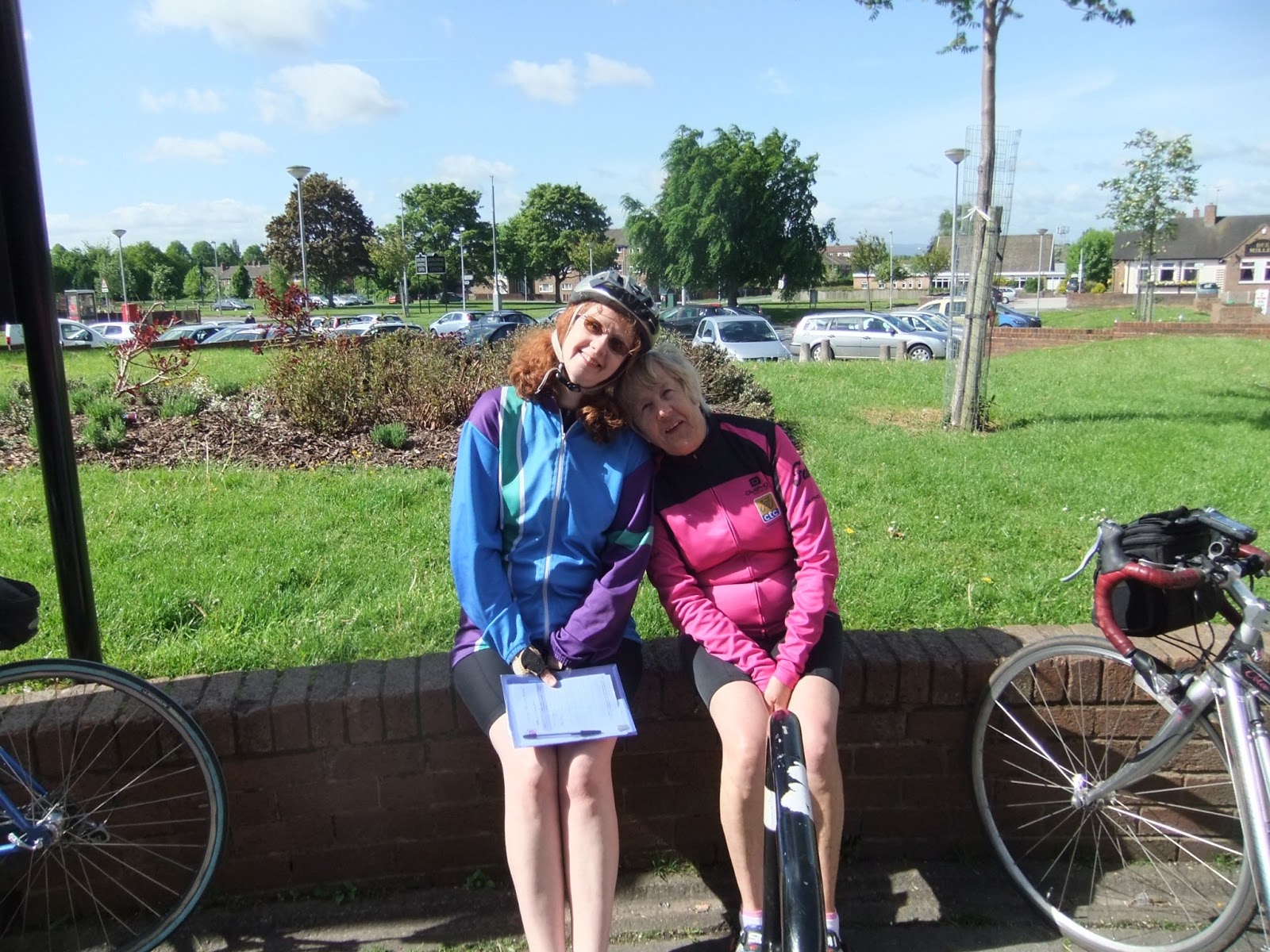 Back to the ride I joined- we set off through to Guilden Sutton,and along the A51 (on the footpath), before turning right into lanes by Cotton Edmunds.  Shortly after this we turned down to the Roman Bridges, a route we have used before, but is always pretty. 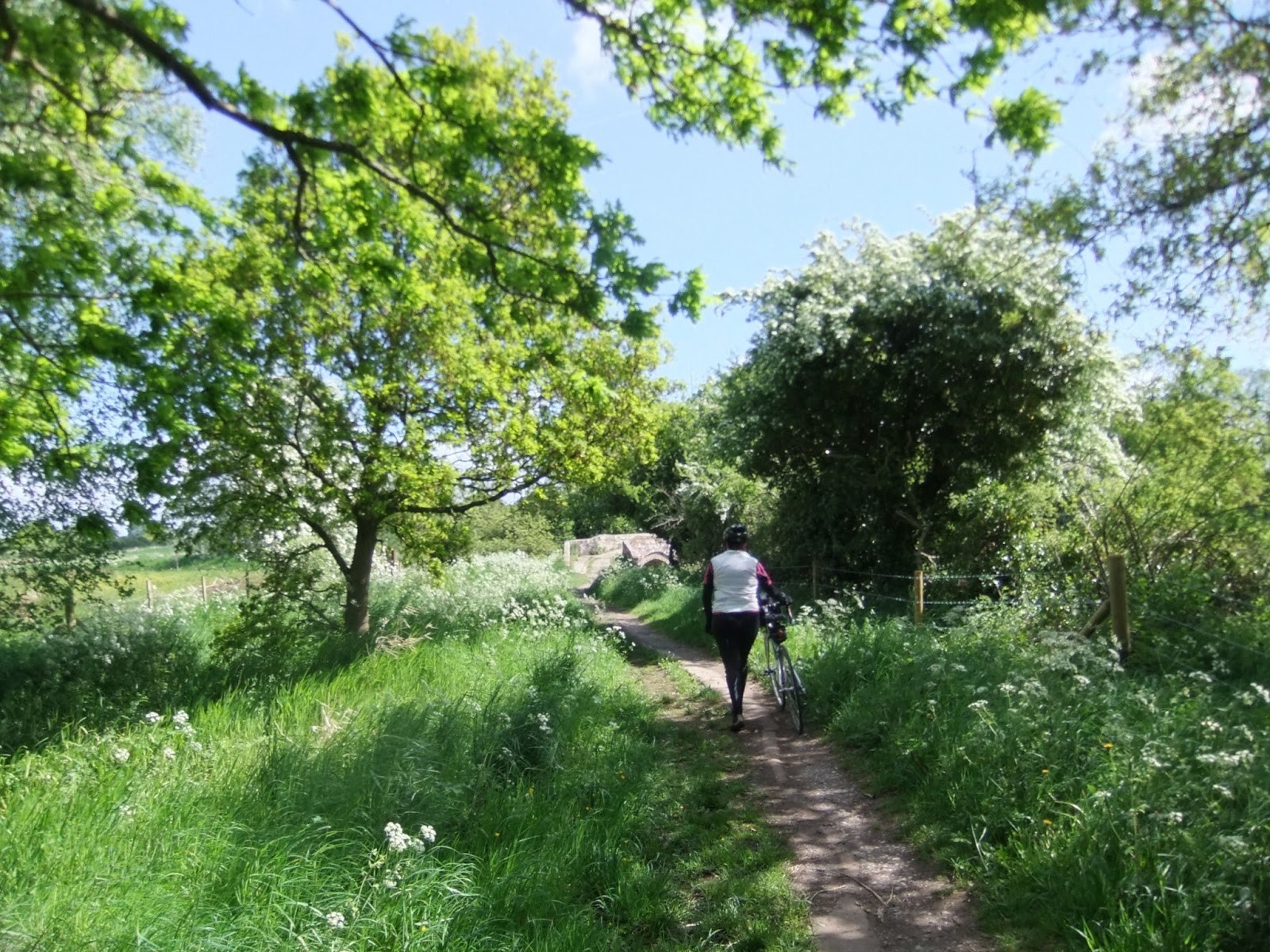 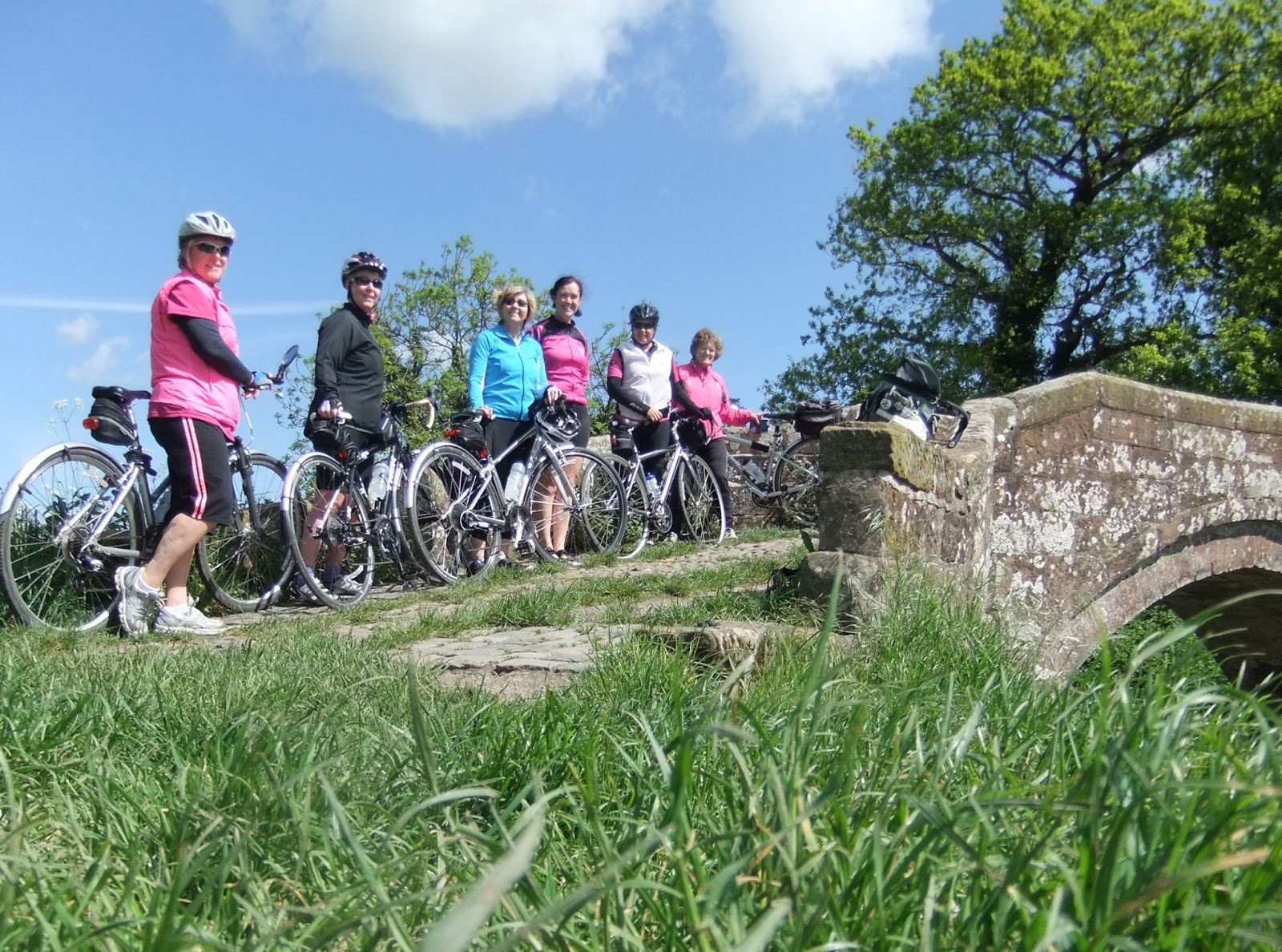 So we stopped for a few photos...

...after which it all went wrong (for me).  The puncture I had fixed from Wednesday night came back, and despite help we could not find the cause.  A new tube did not last long; so in the end I waved Welna and the ladies off to complete the planned route,and I hobbled back, pumping up the tube when I could and changing it yet again.

Fortunately I arrived just after Welna's group, so no-one had to wait too long for me (I hope). 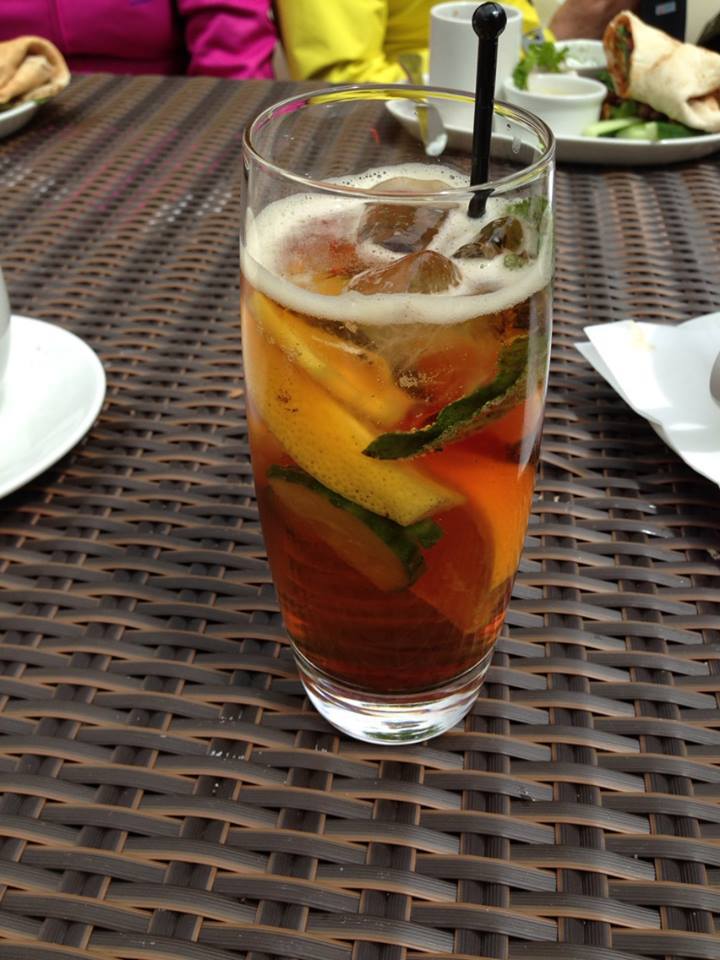 We all enjoyed our Pimms (or not) and wraps,and chocolate cake, using picnic blankets wrapped round knees as the tables were in the shade with a cold drafty wind.  so despite it being a beautiful warm and sunny day, much shivering was to be had.  However, I do not think it dampened spirits! 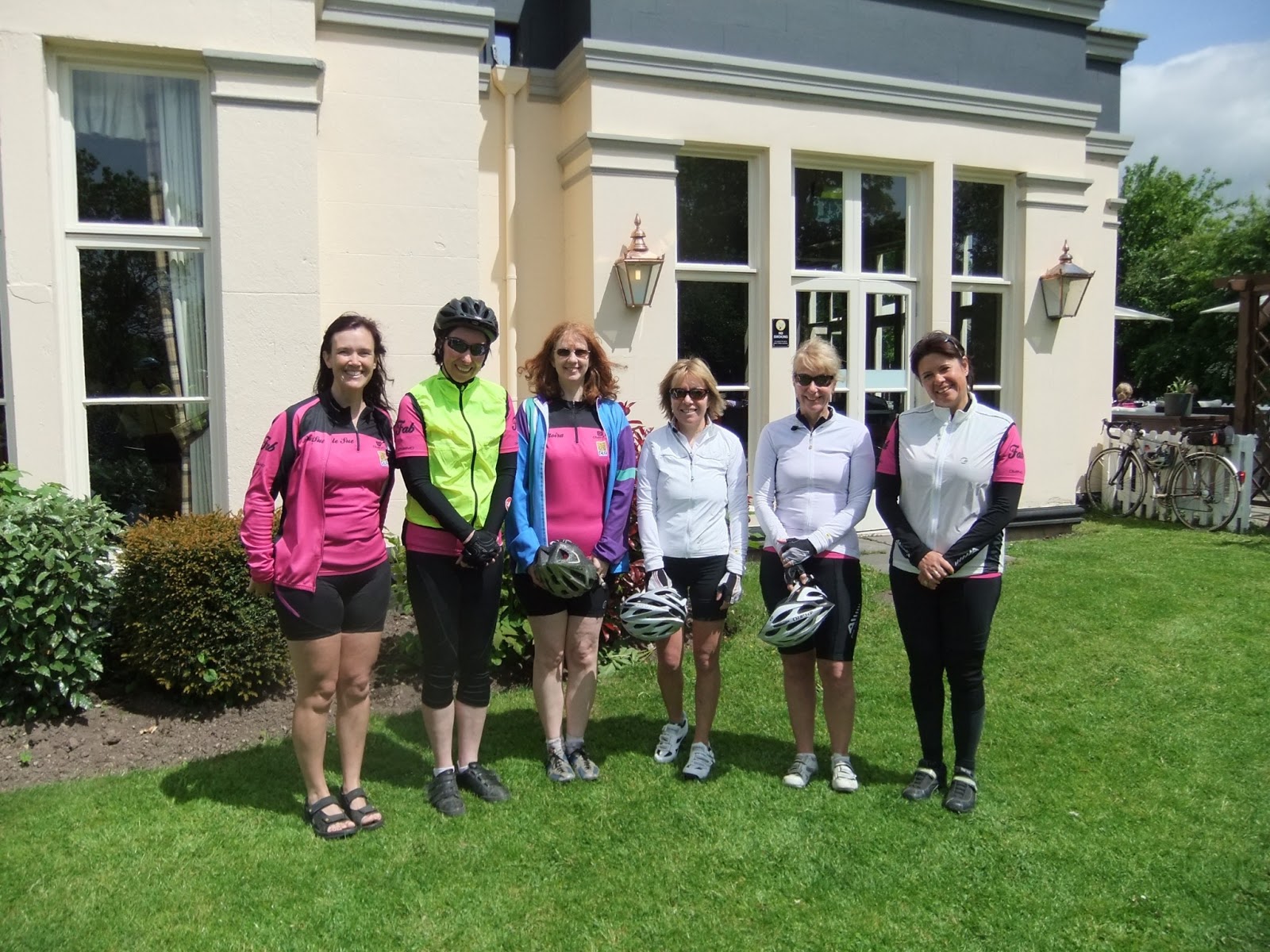 last photo with all the leaders.

Many thanks to the leaders for holding rides - wish I could've done full route!