As a member of Cycling UK you can ride with any other cycling UK group in the country; I have friends in York, and I have joined Swansea before now, when I am gallivanting around on holiday.  Bu in C&NW, we have several other riding groups, from Wirral, Mold, Wrexham, Colwyn Bay and over to Angelsey and Caernarfon.  It is the latter I got in touch with whilst I was away. 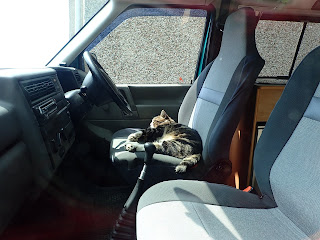 Doreen (81) lives in Criccieth.  Up a steep hill, which commands the MOST AMAZING kitchen window view i think I have ever seen.  (not jealous much, and certainly not when she says she watches the dolphins and seals from her house.  No, not at all!).

I first met Doreen several years ago, when she was selling her tandem, and we needed something to keep youngest daughter engaged on cycling trips and holidays.  We met on that occasion in a garden centre, and rode along route 8 to Inigo Jones cafe.
Today, after a coffee and a catch up, Doreen led me over the back of Criccieth, heading towards cloudy views of Snowdonia.  How marvellous, to just climb the hill behind your house to see that!


In good CTC tradition, we left the road and followed a disused railway track, following the very edge of Snowdonia National Park. 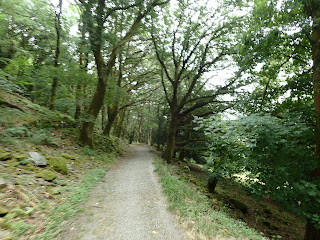 After lunch we were in the relatively flat lands of the Afon Glaslyn, traversed by the Welsh Highland Railway; after which Doreen found another hill.  She told me that she had been to the doctors as she was concerned that she sometimes gets out of breath cycling up hill.  We laughed about that (when I had got my breath back, from climbing the hill!).

We then rode through a village which does not have a cycle path (even though it is a busy road and quite narrow) to make a point - Doreen is one of our Cycling UK campaigners and there is no cycle path because apparently one resident has planted a lot of daffodils in the grass verge and so does not want the path. 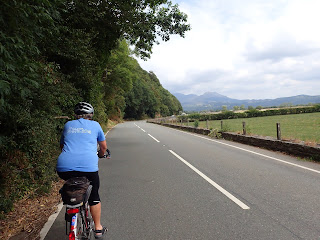 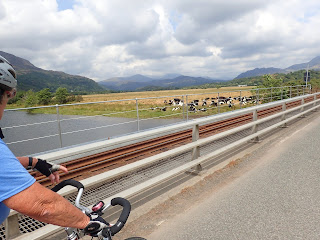 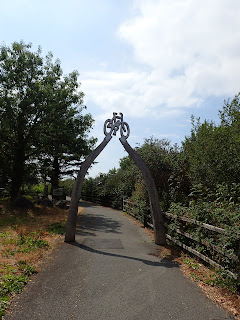 We then picked up the Ffestiniog Railway, as it reaches its destination in Porthmadoc, riding alongside it on the causeway with glimpses 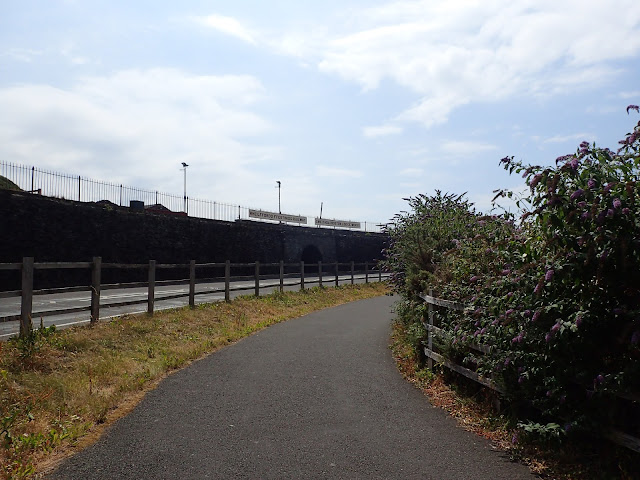 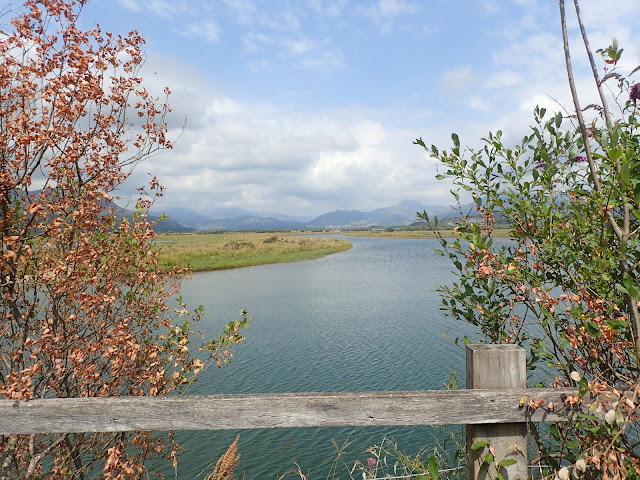 We did not stop in Porthmadoc (it was not long after lunch, after all!) so carried on around the back of Porthmadoc, along another causeway and eventually dropping down to Criccieth for an excellent ice cream. 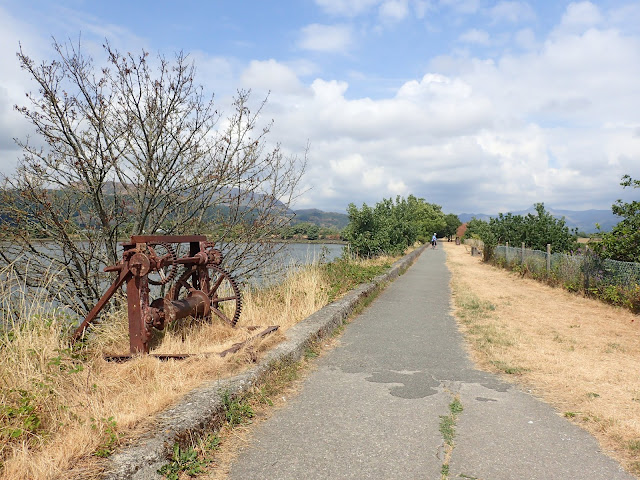 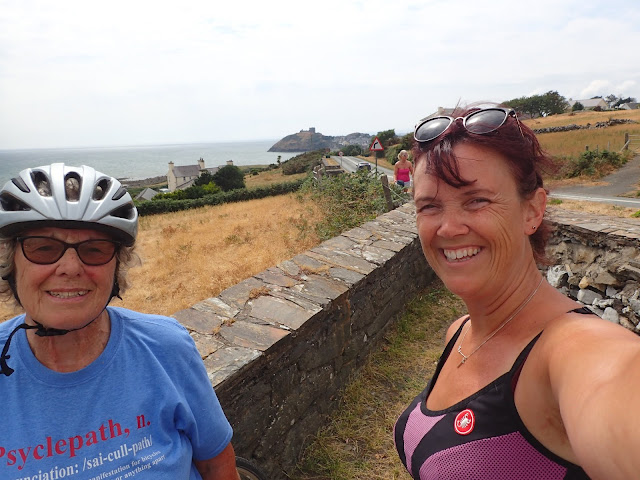 A most lovely day out, charming company and scenery, must come back!
Posted by Purple Sue at Sunday, July 15, 2018