September is such a transitional month, and I think it can be very evocative: triggering memories of the end of summer and starting back to a new term, new year and sometimes a new school. The weather, although it had been glorious and sunny for the past week or so, is now turning a little chilly, evenings are imperceptibly drawing in, and the 10am start is not quite warmed up. 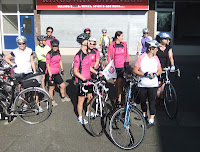 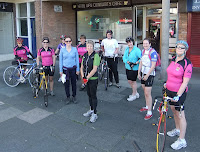 After the success of two rides in Aug, Welna and I planned another two routes. Following the lead of the Wirral Belles last month, I thought it was time we tried out the Hosta Cafe in Ledsham too. It is our 28th different cafe (and there are still about half a dozen on my list of places to go!)
This time, I led the faster further group. The numbers were a little imbalanced (13 in FF group, 10 with Welna) and possibly a bit high. Although we have had up to 16 on one ride, I think we need to follow the Belles lead again and try to restrict to about 8 in a group.

Anyway, we were a bit late leaving (fortunately for the few latecomers!) and I set off with the FF whilst Welna did a few explanations to give us a head start. We set off up Kingsway/ Mannings Lane and dropped down to Mickle Trafford,following the lanes round to Stanney Oaks and Backford.  We then swung across to Mollington and Saughall before crossing the main road on Lodge Lane and round to Woodbank.  It was then left at the little church into Ledsham, which looked as sunny and pretty as it had on GoogleStreetview earlier that morning! 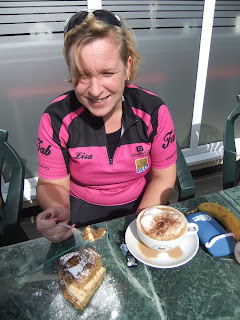 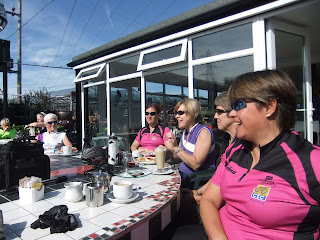 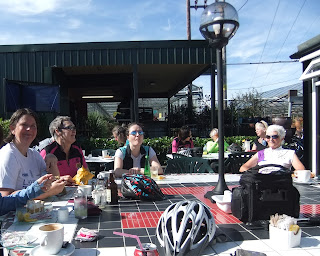 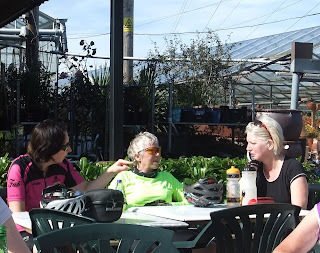 Following cakes and coffee (among other items as usual) we waved off the North Wales and Ellesmere Port contingencies, before all setting off back together, direct through Capenhurst, Mollington and the Zoo. 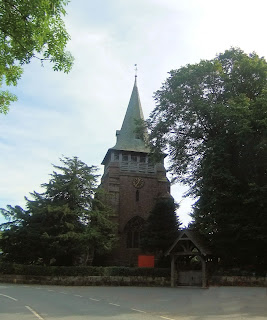 Today's route:
(should show via Strava)