I try to plan the cafes now based on where we went about four years ago, and where we haven't been for a while.  I had been avoiding Tarporley, as the last time we went (in January 2012) there were only 12 of us, and the cafe is very popular on a Saturday morning, so there was only just space for us.  Now, as our numbers have crept up, I was not so sure; but I had popped in last Sunday on our ride when we passed the cafe, and asked, and they seemed unfazed and able to take 20+ cyclists, saying they had a garden terrace at the back.

It was busy as usual at Kingsway cafe, as we slowly filled the place, and several new faces who had come along following the Wirral contribution to Cycling UK's Festival of Women last month.


Lacking Mr Rosie (Ken, Rosie's husband) to take our start up group photo, I asked a chap from the new trophy shop to do the honours, and, after assembling, we sent the faster further group off; followed by Linda and Catherine with regular pace, and I brought the third shorter ride out.  Not particularly slow, and following Sonia's route. 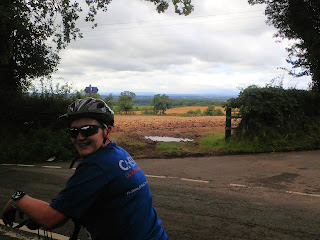 We gently headed towards Duddon, then climbed to Willington Corner.  After a short break, where we decided we were actually quite warm after all, we continued.  This road gently climbs and contours to Willington Hall Hotel, where we turn left up to the top of the Sandstone Trail.  Then we really do contour, with lovely views across Chester and the Lower Dee Valley, and to the Welsh hills (and any weather heading our way, in this case we could see rain showers) 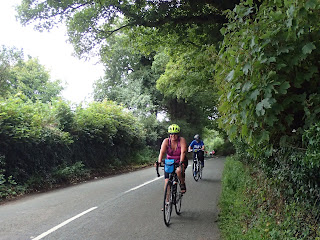 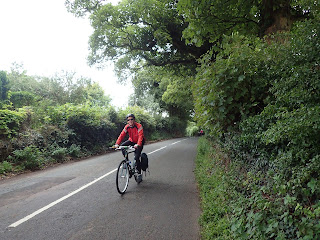 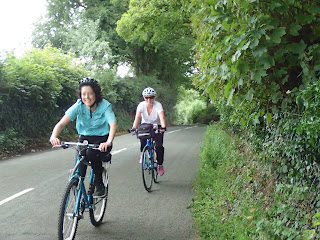 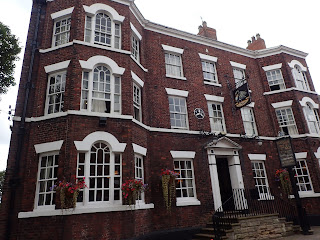 I stopped the group to tell them about the Winged Wheel on The Swan Hotel, like the Trip advisor of the 1800's! 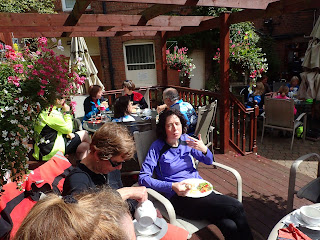 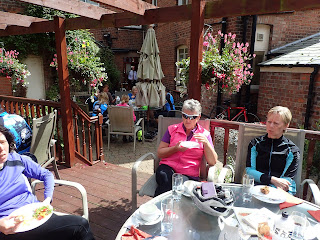 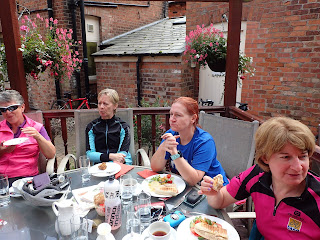 The cafe were as welcoming as promised, and offered to let us bring our bikes through the cafe to the garden at the back.  We settled on the raised deck, and the other groups arrived shortly afterwards.  Very speedy service, given that there were 30 of us; and although some items were forgotten - they did not forget or leave us until they were assured we all fully catered for.  Including a spare chocolate which I had mislaid and was sure Welna had eaten!  (I found it under my serviette after all that!)

Most people set off back as usual, but two stayed back with me to explore the church.  This is the essence of cycle touring; and as I was not leading a group I had the luxury of having a little look around.

Charles Hardy, proprietor at The Old Fire Station Chocolate Shop and Coffee Shop, has written a pamphlet: A Guide to Tarporley and History of Tarporley and Surrounding Areas.  He gave me a copy last week (they are free), and it had inspired me to check out St Helens Parish Church.

However, it is missing information about the Winged Wheel, so I shall send him the link! 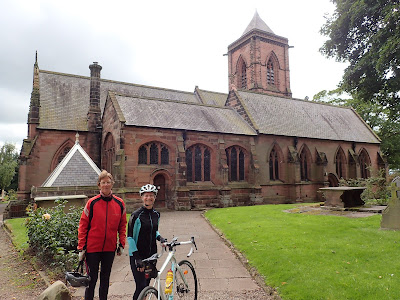 Within St Helens, we saw the following:

However, the main thing I wanted to see was the Civil War armour, purported to be on display in the church.  We walked all round, whist the organist made his best efforts to play 'Mr Blue Sky' and other unusual songs, repeating himself but appearing to improve slightly.  We could not see the armour.  Luckily, Reverend Georgina appeared, as they were preparing for a wedding, and could direct us to the armour.  Look up, she said, and sure enough, there they were.  There is another helmet in a darker corner. 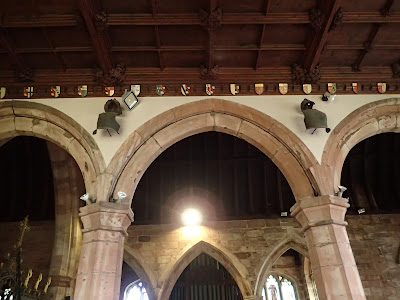 Satisfied now that I had proved there was indeed armour there, we set off again.  The little old fire engine was not available to see (in the newest fire station as you leave Tarporley at Birch Heath), so we just had to make do with the downhill 10 miles back to Chester.