Between Pancakes and Valentines

Last week was pancake day, and if you gave up chocolate for lent I hope you secret valentine doesn't give you chocolates tomorrow!

Twenty two ladies congregated in the usual manner in Kingsway Cafe, sheets signed, coffee and tea drunk, toilet visited before amassing for a photo.  I think we are going to need to hutch up a bit closer with larger numbers! 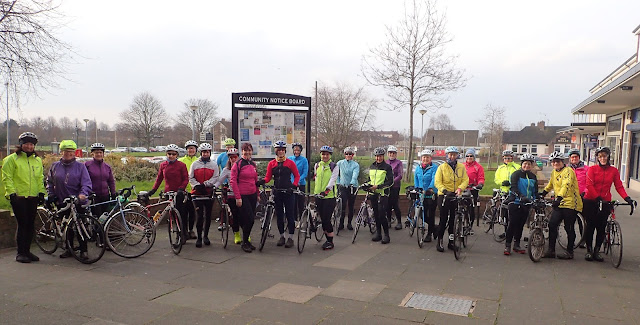 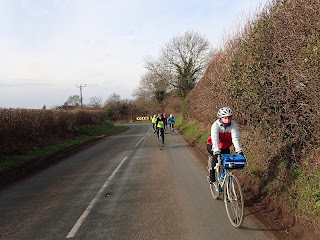 The watery early sun was also making a welcome appearance, not quite shorts weather, but daffodils and snowdrops can now be seen on the roadside.

We had three groups - a very small and select slower group, and manageable groups of 9 for the regular and faster ladies.


We (regulars) joined the Greenway, and after about 200 yards the faster group came onto the Greenway just in front of us (well timed!)  There was a bit of  a sneaky headwind on our outward journey; but as our lanes twist and turn that can keep you out of the breeze or at least give a little respite. 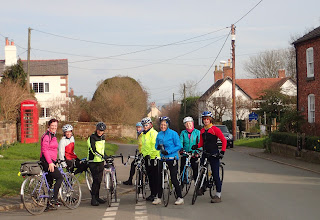 After a short burst along the A51 (on the footpath) we made our way around Barrow, passing the Bluebell cafe, and near to Manley mere where we headed left for Dunham instead; re-grouping for a pic. 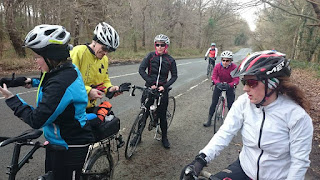 The faster group, in order to get a few miles in, were heading to Delamere Forest, where they also had a group photo (sort of!) 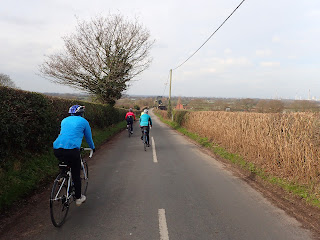 Our group then had a nice downhill (quick negotiation on a blind bend to cross the A56) and along to Thornton Le Moors, and the cafe, nestling under the towering chimneys of Stanlow (oil refinery)

At the cafe we met up with the advance party of the slow and steady four, before settling down ourselves with refreshments.  The young girls seemed to struggle with the orders but I think it all worked out OK (good job it wasn't 30 of us all arriving at once like last month!) 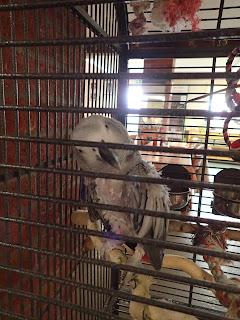 They have some farm animals at The Hayrack, and this includes a few more exotic beasts and birds inside - an African grey caught my eye, Joey (Josephine) who does not like women, but will sidle up to any men who talk to her!

And the fluffiest green parrot in another room (who just eyed me suspiciously from one corner of his cage!)

With no sign of the faster group, we made our way out to leave - as they arrived; 21 miles better off! (both slower and regular groups managed about 11 to the cafe) - so it was their turn to fill up the seats we had just vacated. 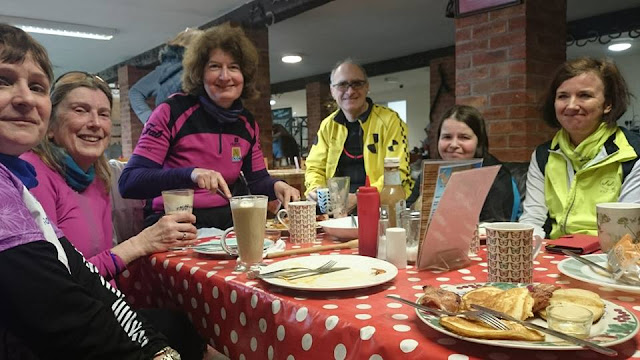 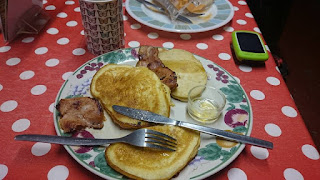 I did mention pancakes in the title? - If I had seen a menu with this on I think I would have definitely ordered this - may have to come back another day!

We set off to return along the canal (after a boring A5117 trundle, with an intermittent cycle lane - what is the point!), and showed off some of Chester Zoo to newer riders, arriving back at Kingsway moments before the slower group. 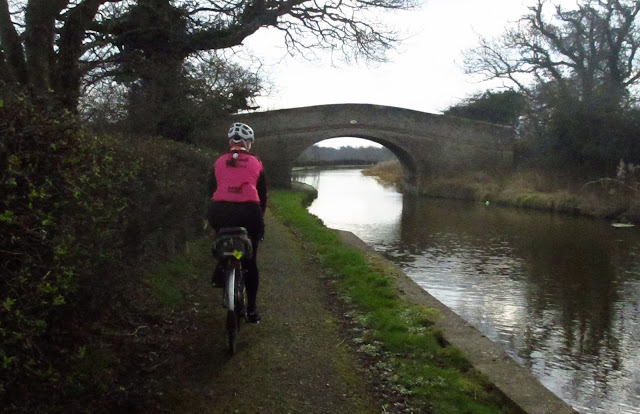