Another ride on Valentines day!  Our last one was in 2009, when we went to The Eureka cafe for the first time.  25 ladies gathered this morning, and after a little deliberation between routes (Alex and Sue had both produced diverse routes) and cafes (Yvonne's will seat 17 at most after that we are sitting on knees!), we managed to set off.


Kate led a couple of the slower ladies directly up the Greenway to Shotton - but this ride was not without incident.  Faced with the blue bridge (over A494) Kate claims she did not get lost as such, but just a little unsure of her bearings!  [no photos] 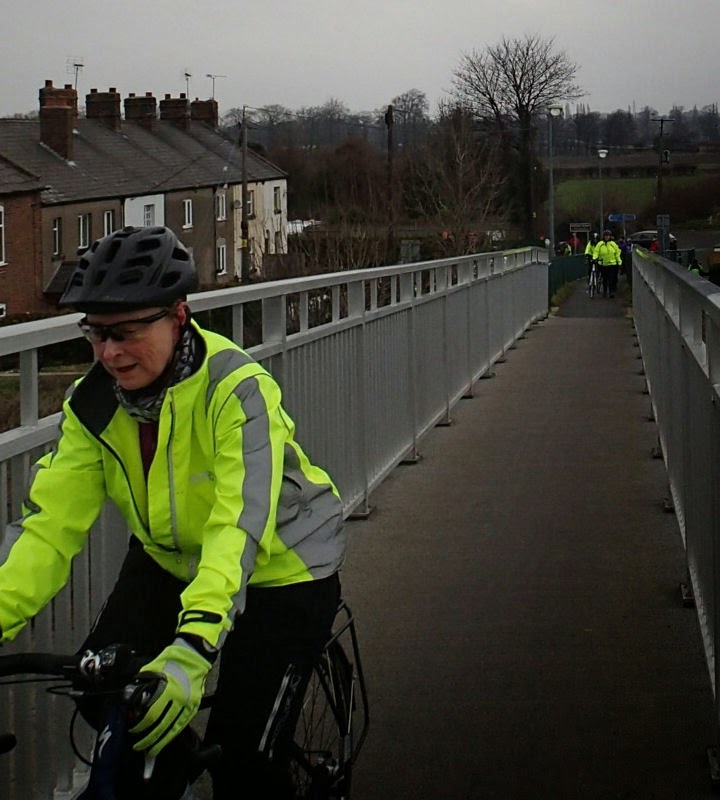 I led a regular paced group out to take in some hills.  Starting off along the Greenway we left at Blacon and crossed at Saltney Ferry Bridge. 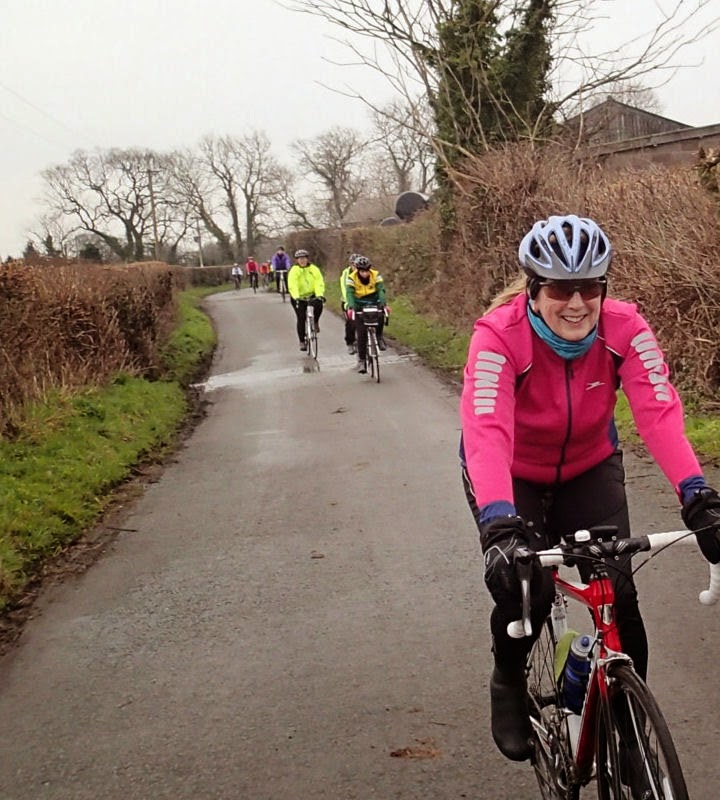 The back road was unfortunately busy due to road closures and this has the effect of making the odd driver  more inpatient.  We left the road to climb up to Mancot...

....and then Hawarden (I very sadly did not have my camera to hand in time to capture the sign outside the hairdressers in Hawarden 'Love is in the Hair' - groan!), before negotiating Ewloe roundabout (actually quite easy - we went anticlockwise using footpath)... 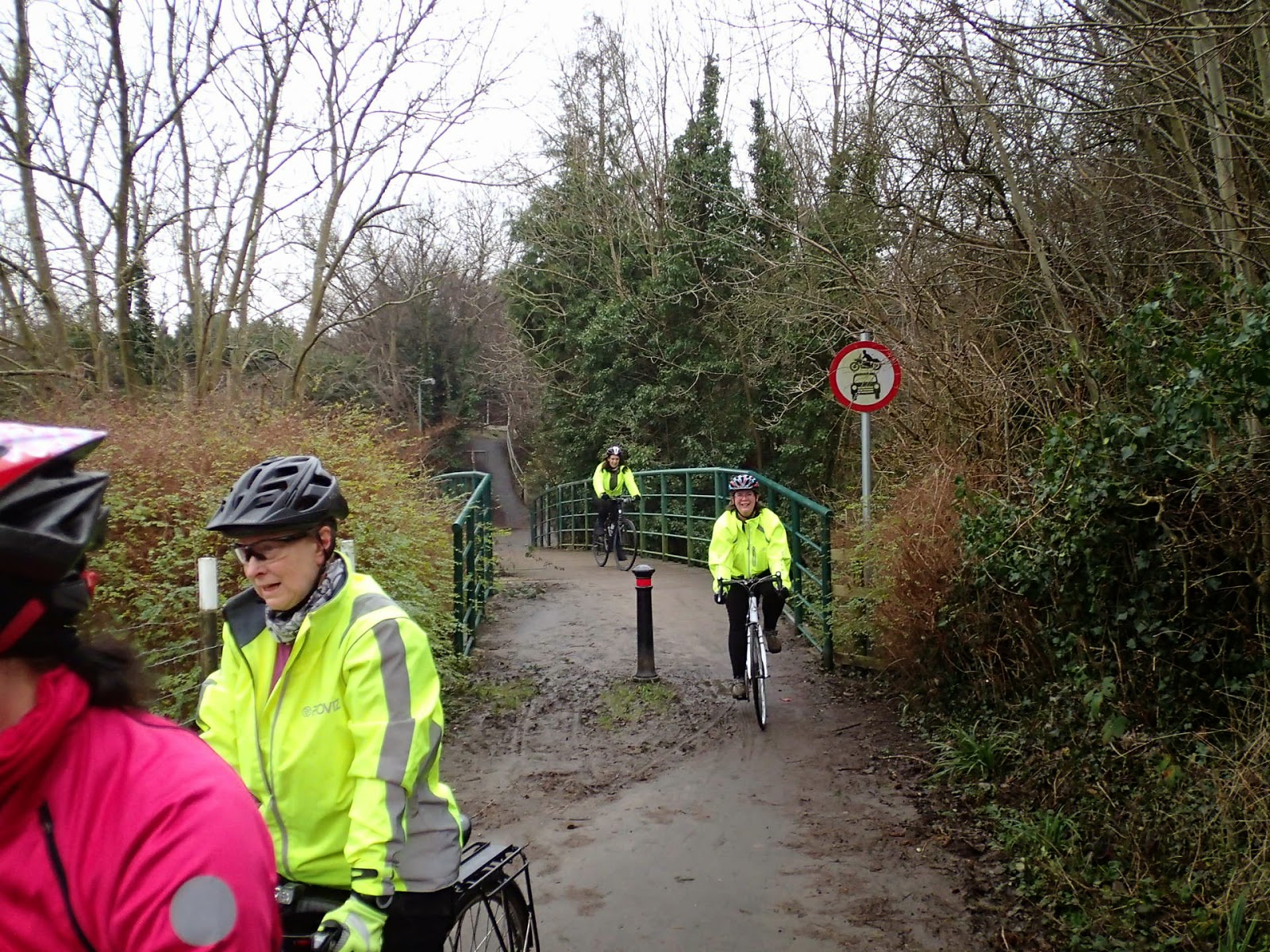 ....and then dropping down some superb little lanes and crossing the Wepre Brook.


Arriving at Yvonnes we met with the first group, and enjoyed 65p mugs of coffee and the largest bacon bap for £2!


We headed straight back (bumping into Alex's group - see below) clocking a neat 23 miles.


Alex took a faster group a longer way around, over to Capenhurst, along route 56 including the seven gates alongside the railway.  They fell foul of a puncture, which although was fixed with no problems, somehow the pump got stuck/wedged onto the wheel and could not be released; so rider, bike and pump had to wait for rescue whilst the rest of the group carried on.  This caused an unfortunate delay and meant they did not make it to Yvonne's in time, as she shuts at 12.  My group met them on route 5, so they were able to turn around and find another cafe in Shotton, The Corner Kitchen.  Another one to add to the list! Although a day early, this ride is listed as a 'Ride like Billie Day' - please see website for other rides around the country.
Posted by Purple Sue at Saturday, February 14, 2015