Probably the least planning I have done for a ladies ride - I was late asking for leaders, and so late posting on facebook or emailing out that ladies were starting to ask if there was a ride, and then last minute decisions on where to go - to be informed my first choice is not open on Saturdays!  So, with a quick look at records (where have we not been for a while?), a speedy plot on my mapping system, quick event creation and email out we were ready to go! 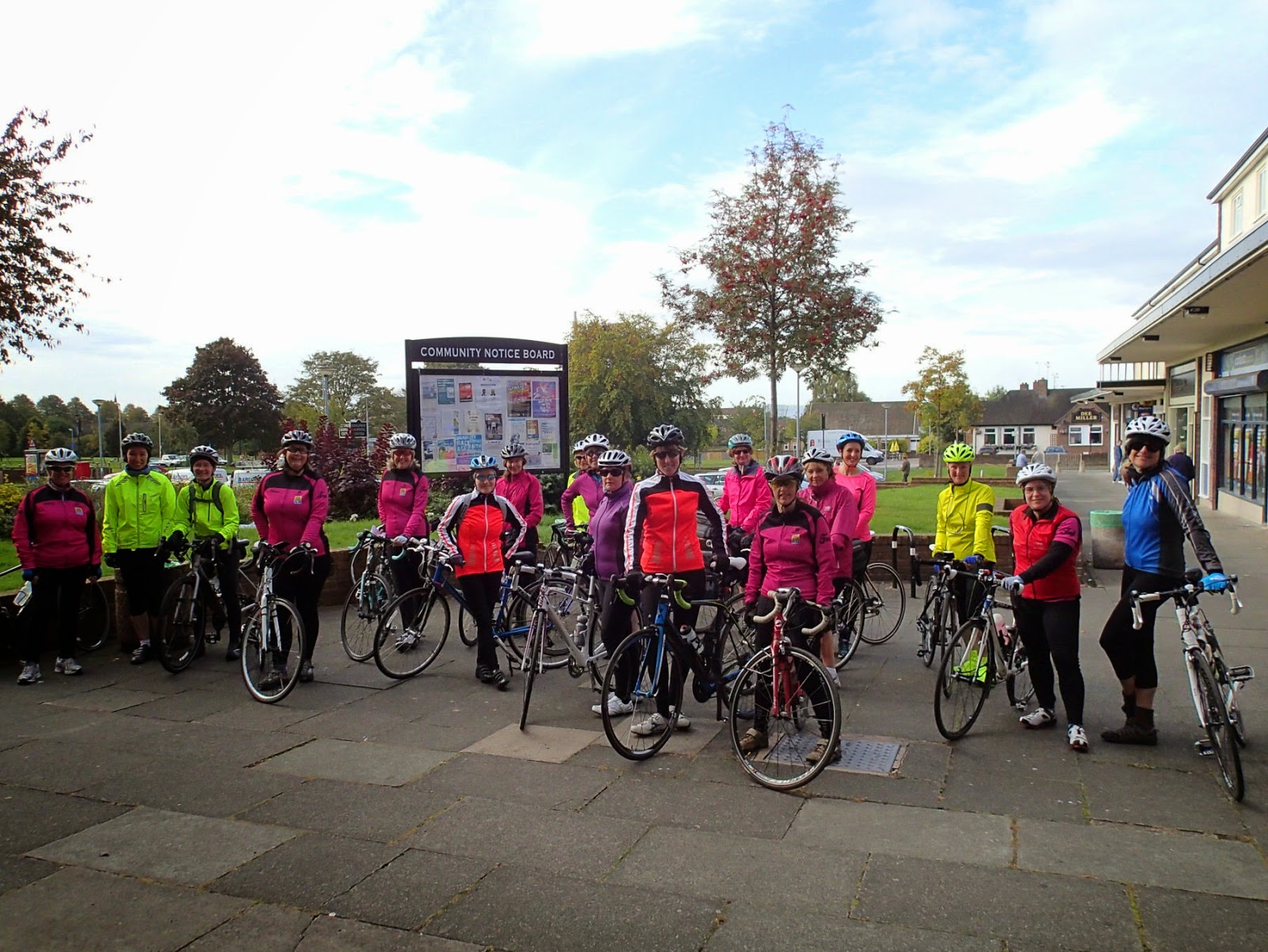 19 ladies arrived at the cafe, milled around, and mostly signed in to the 'regular' steady normal paced ride, one taker for slow and one for fast!  Somehow it all settled out, and three groups of differing sizes set off into the Cheshire countryside.

The destination was Lockgate Cafe, which for years was referred to as 'cockroach cafe' - for no reason other than it was a slightly grimy if not functional 'caff'.  It has had a few re-incarnations over the last few years, when we last visited in 2011 it was called 'Flavours' (which never suited it!) but they did do the decking, and now it is a very pleasant little cafe - with plenty of space.

Lockgate cafe sits between the canal and the railway just over the hill from Beeston.  My group took a slightly deviated route via Duddon and Tarporley, stopping in the town to show off the CTC Winged Wheel, with an explanation about it.  But this route did make it a little bit lumpy!

It is a good job that there is plenty of space in the cafe, as the Wrexham group were there again!  This is the third time this year, and becoming a bit of a habit!  I also met a few from the Ellesmere Port racing club, who I used to ride with (when I was 17) - so they felt old!

Heading back, we divided up again, with Linda taking some on the 10 mile route, and I led what I thought was about 13, but turned out to be 15. 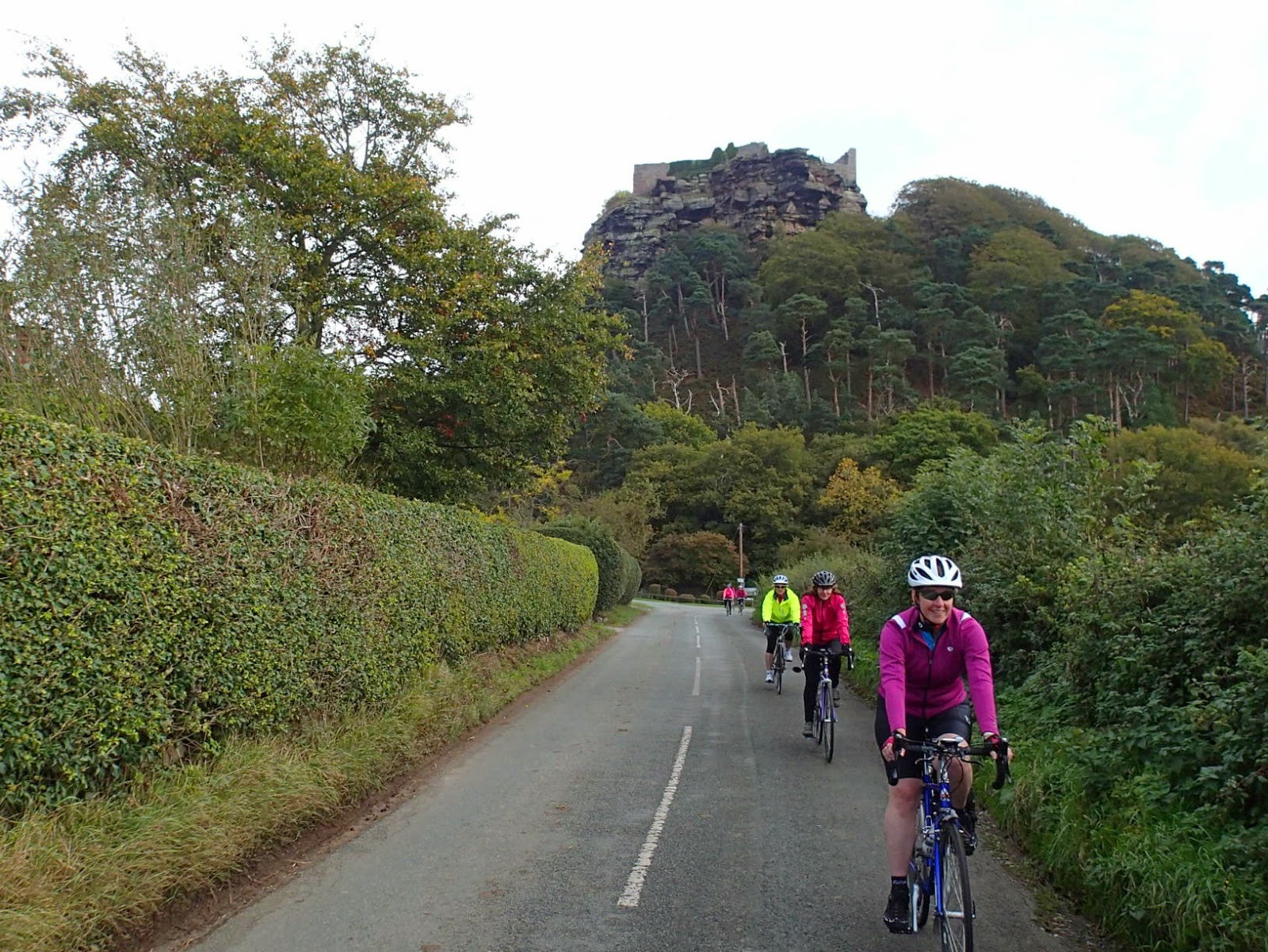 We headed up to Beeston, round, and down the other side.  Passing the Ice Cream Farm we crossed the A41 and climbed up Saighton to my favourite view - which looked rather grey and ominous.  Too late, it started to rain at Huntington.  I was very tempted to settle down at the Rake & Pikel, but we just donned waterproofs (those that had some!) and blasted back to the cafe.

Distances something between 25 - 30 miles - hard to gauge now with three groups doing different distances and different people in different groups.

I believe poor Mary had a puncture on the way back, and even the shorter route people got caught in the quite heavy rain - at least we were all heading home!