Having visited a cafe near Beeston Castle in Aug 2011 , this is part two!  In those 'early' days I was pleased to have 8 riders out.

There was some discourse between leaders on the Friday before the ride, as two of us had been on holiday and I was not sure if the tea van I had in mind was still open.  Nicky kindly rode out in the week preceeding and had let them know so that sealed it - they were obviously ready and waiting for us.....

I also had not been able to email out or even create an event on facebook before the ride, so would also be interested to see how many would remember.  I did post a reminder on facebook, and some did email me to ask if there was a ride.  23 riders (plus Jane found us on the lanes, and Nosheen found us at Beeston - no surprise there!)

Three groups again this month, with Kath leading the faster further, Nicky the slow and steady and I had regular with newbies.


Beautiful July sunshine, very warm.  Lovely lanes as ever, although I note a lot of nettles wavering on the edges. 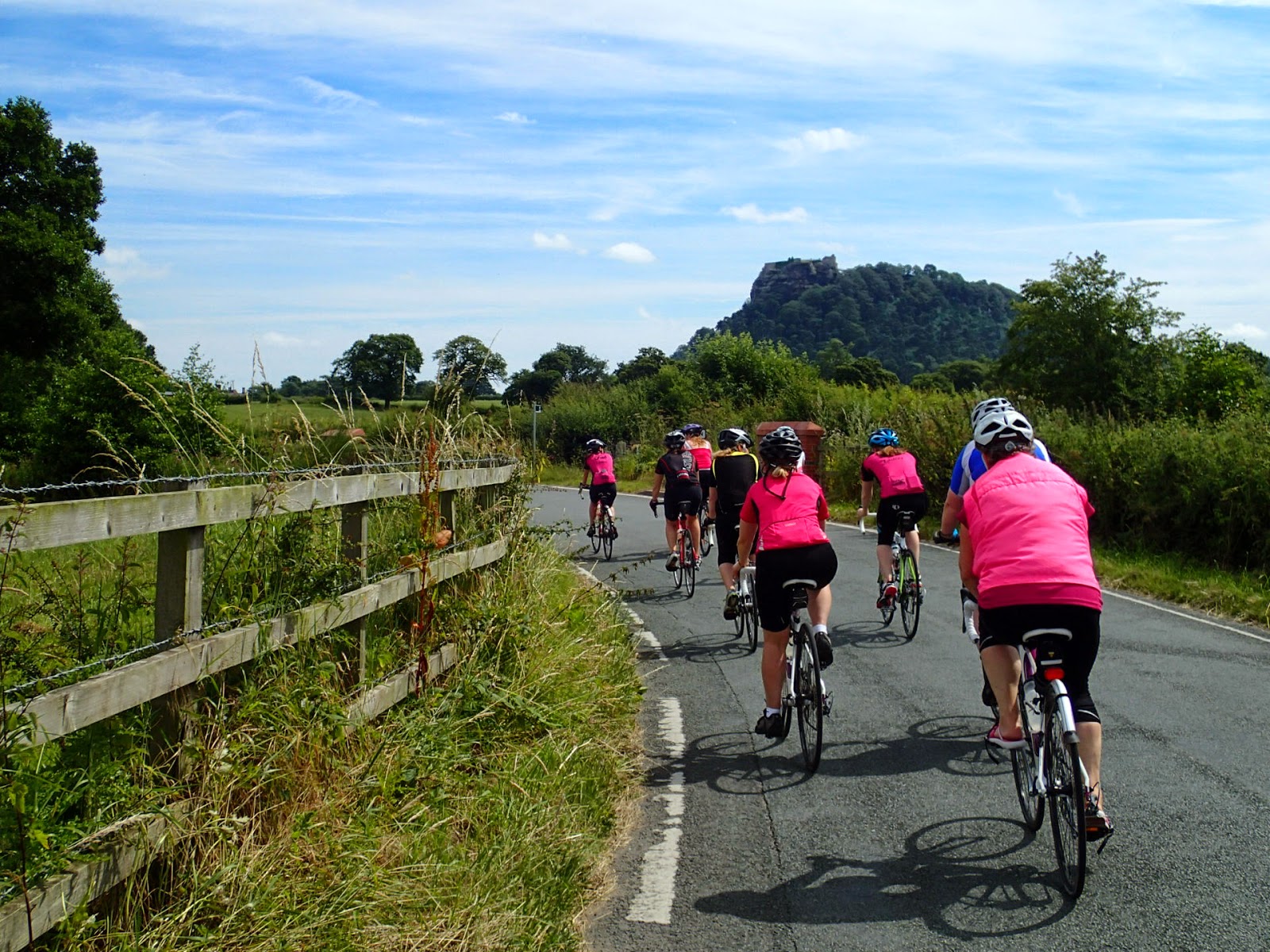 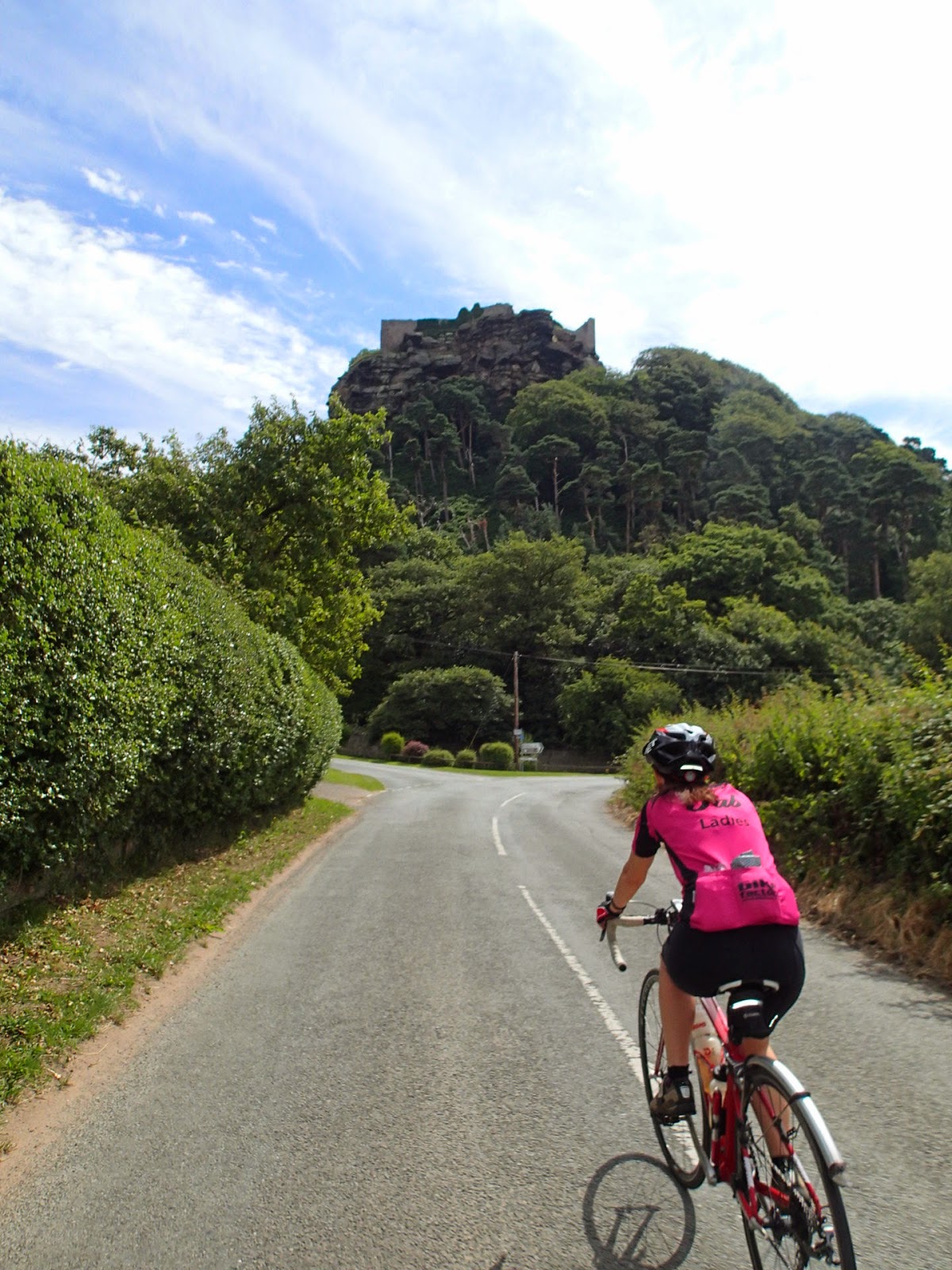 Beeston is a very notable and iconic landmark to head for across the Cheshire lanes.  It affords fantastic views and is well worth a visit.  This time I headed out through Tattenhall, then doubled back round to approach from the usual easterly angle.  It always gives marvellous views of Beeston Castle as you get closer, until it disappears in the woods and you skirt around the base.  Bit of an uphill climb, but then you turn in and find the tea van.

Unfortunately, despite warning that there may be up to 30 of us, it took a rather dismal 45 minutes to get everyone's orders in and sorted.  Very nice coffee, and lovely picnic area (but you do need a nice day!). 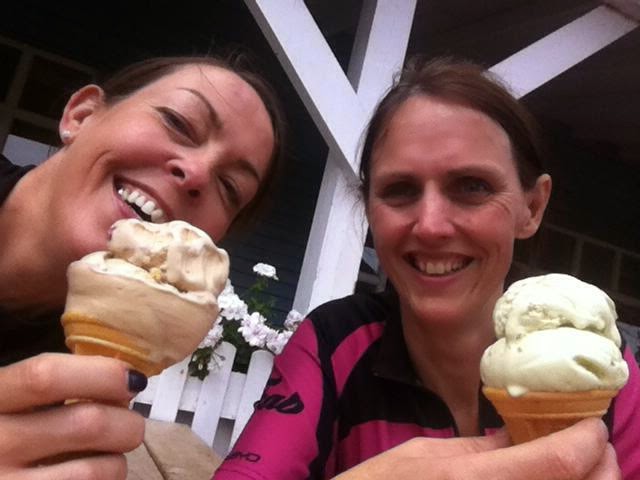 Everyone split a little, as time was ticking on.  The Rossett girls headed off with Jane towards

Clutton and Wales; a few headed to the Ice cream farm - just too temptingly near!  Nosheen and Shanti had the day so set off (who knows where!).  Kath seemed to retain her group, but I was down to four and Nicky also had four.

Returning via Huxley, Nicky carried on to the 50p shop where the toilet was a useful stop off.