Then there were three

For only the second time in 6 years, I was unable to be present for the ladies ride.  So I turned to my trusted leaders, set up three ‘events’ on facebook and asked people to ‘book on’ to help keep track of numbers.  The weather was forecast to be truly awful, and one leader went down with a tummy bug on the Friday.  There have also been a few comments recently that some people wanted a slower ride, so we had an additional ‘Slow and Steady’ category.  Catherine,  Jo-Anne and Alex  took to the front of each pack, and their accounts are below… 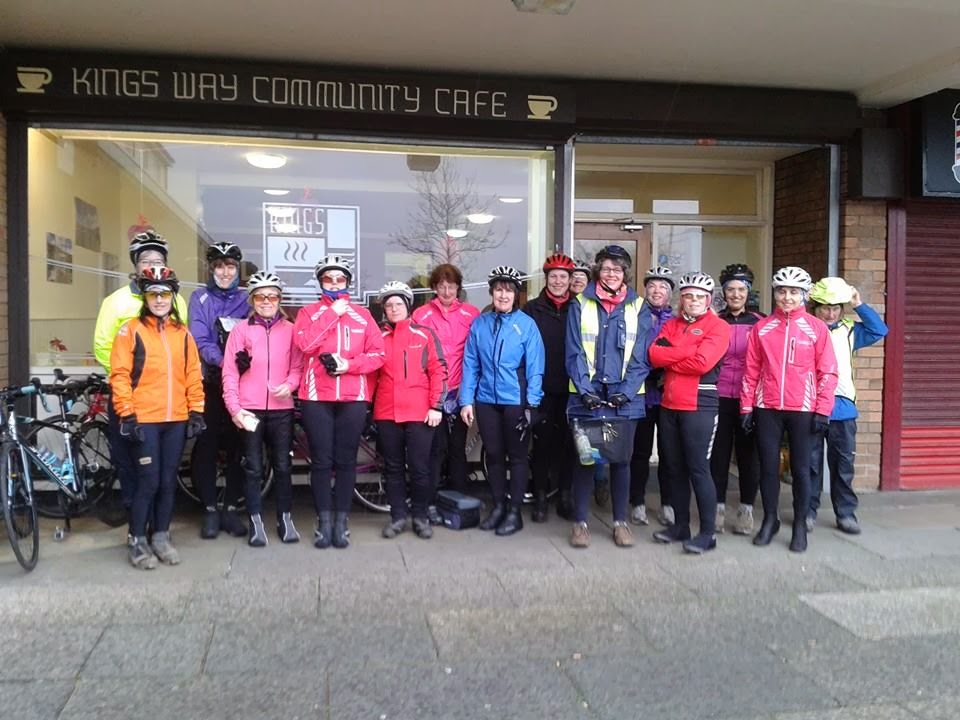 Jo Writes: The weather forecast on Friday evening reported heavy rain and strong winds. Saturday mornings after rising and walking over to open the curtains, I was feeling less than sprightly at the thought of cycling in the wet and wind. However, as I pulled the curtains open I was met with blue sky and sunshine. Yes, yes, yes! Not that it lasted but it helps to motivate one up and out.

Approximately 18 ladies met at Kingsway minus Sue, which felt rather strange. [awww - Sue]
There were 3 groups
Slow and steady led by Catherine
Regular led by me, Jo with help from Sharon
Further faster led by Alex with help from Gill

The regular group set off towards Guilden Sutton, through Mickle Trafford and on towards Picton and Little Stanney. The weather changeable as was the scenery - from country lanes and country views to industrial landscape and urban sprawl.  We cycled along the pavement/cycle path along the A5117 and then zigzagged through a housing estate, crossed the A41 and ventured towards Capenhurst where urban sprawl met country lanes once again. On through Ledsham and arriving at the legendary Eureka cafe at around 11.30 am and just ahead of the further faster group. 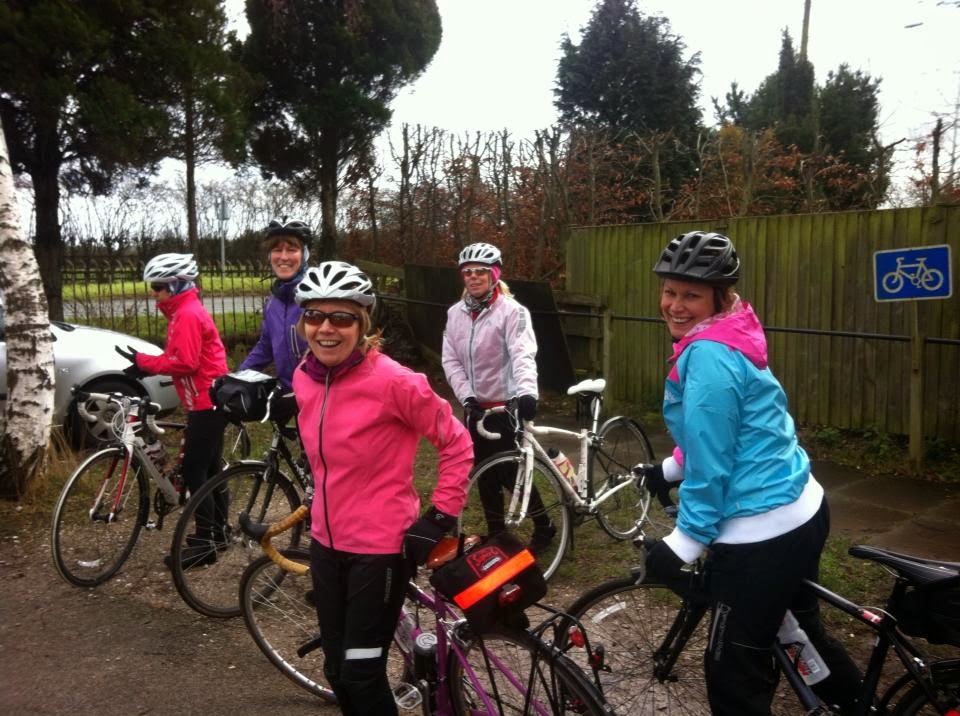 On leaving the Eureka a number of ladies were going to depart early for home, so the regular and faster further group joined forces and headed back together. Alex up at the front and me, Jo as back marker. We made our way along the Parkgate road to wood bank where we said Cheerio to Lisa, Sharon and Gill and then headed towards Saughall and the greenway back to Chester.
Thanks everyone for your company. 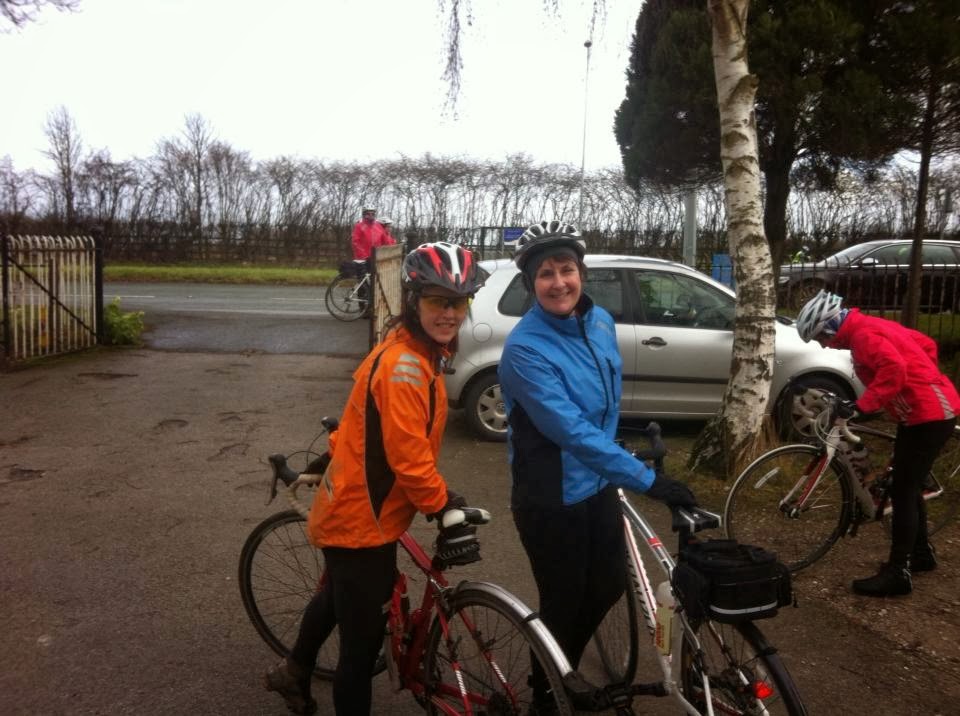 Alex writes:  5 ladies went on the further faster ride, which ended up being 35 km. Trying to extend the route, we went out towards Mickle Trafford and wiggled around the lanes towards Backford. After that we picked up the bridle way towards Capenhurst, took turns opening the gates. We caught up with one of the other groups just as we were arriving at Eureka. The cafe and coffee was great. After a natter, the slower group set off first, while the two faster groups merged and set off for Woodbank, where we rode through an enormous puddle! We said goodbye to Lisa, Gill and Sharon who headed off towards Queensferry. We headed to Saughall, where Jo-Anne left us for home, and made our way to the Greenway. Rain, wind and hail greeted us along the greenway, but we all made it back in one piece.

Juliet (via facebook) - This was my first ride with the Fabulous Ladies. I had a fab time on Catherine's 'slow and steady' ride. Thanks very much!
Catherine - And lovely ride for my first time leading.   Very nice pace, company and fine weather.
Juliet replied - Gosh, you would never have thought it was your first time leading! I thought you'd done it loads! You gave such clear instructions ahead of the route. Good job!!
Posted by Purple Sue at Sunday, February 09, 2014